Tweet: "Remembering September 11, 2001 and the people who made the ultimate sacrifice. To the brave first responders and police officers who courageously risked and in some cases sacrificed their lives to save others. #WeWillAlwaysRememberYou". Rapper Flo Rida pays tribute to the lives lost in the 9/11 atrocity.

Fact: Rapper Flo Rida has put his passion for fitness into his own cardio workout programme called Flow Fit. The Whistle hitmaker stars in the high intensity videos highlighting exercises he uses in his own personal training.

Quote: "I actually went on tour with Beyonce in Australia. It was, like, amazing just watching her every night, her passion and everything. I would love to do a record with her." Rapper Flo Rida is eager to hit the studio with his former tourmate Beyonce.

Fact: Singer Carly Rae Jepsen, British boyband The Wanted and rapper Flo Rida were among the stars who performed during MACy's Thanksgiving Day Parade on Thursday (22Nov12). Actress Whoopi Goldberg also waved to fans from a float during the annual cruise through the streets of New York City.

Quote: "This is a dream come true. I remember as a kid getting together with my whole family to watch the Thanksgiving Day parade and thinking about how someday I'd be on a float." Rapper Flo Rida is delighted to be part of MACy's Thanksgiving Day Parade on Thursday (22Nov12).

Quote: "I've been offered movie roles and would love to get into acting. I definitely can see that in my future, but I'm taking my time because I want it to be right." Rapper Flo Rida is eyeing a move into acting.

Quote: "I recall going into the studio with Will and talking about what could happen, paying attention and following his blueprint." Rapper Flo Rida credits Black Eyed Peas star will.i.am with giving him invaluable guidance at the start of his career.

Quote: "It's great seeing my music in places where they don't even speak my language. That's been a highlight. It's interesting learning the languages a little bit. I know a little bit of Japanese and a little bit of French now." Rapper Flo Rida loves touring the globe because it helps him learn new languages.

Quote: "Madonna is the one and only Material Girl and she should be blessed with this child because this is what she really wants. I'm going to shout out to the African authorities and appeal to them to give her a baby. She's my girl." Rapper Flo Rida supports MADONNA in her attempt to adopt Malawian toddler MERCY JAMES.

Quote: "I've had jobs paying $3 an hour - like digging through trash trying to find silverware when I worked at a casino in Las Vegas." Rapper Flo Rida on his humble beginnings. 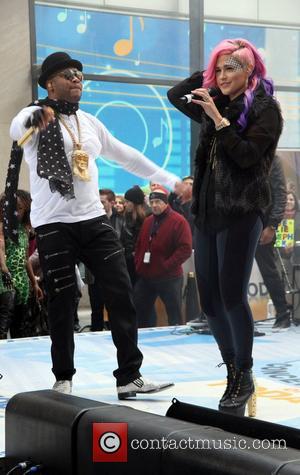