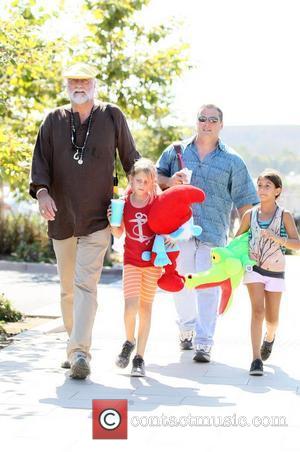 Fleetwood Mac will be reuniting for a 2013, singer Stevie Nicks has confirmed. The singer was speaking on CBS's 'This Morning' when she revealed that all of the members of the band - who have had their fair share of internal turmoil in the past - are in agreement about the prospect of a tour. She told the viewers of 'This Morning' that a tour is likely to happen "next year, so far. It's the plan. Because that's what we do. I do my thing. And Lindsey (Buckingham is) out doing his thing now."
One band member who will not be joining in the reunion will be former guitarist Bob Welch. Welch, who left the band before they hit the big time, committed suicide last month (June 2012). Talking about Bob's untimely death, Stevie commented "I can't even tell you what in the world would have pushed him to do something that crazy." She also spoke to the show's presenters about her time in the band, during their heyday, saying that she never felt like "the hot girl fronting the band" but that she always felt that it was more about both her and Christine MCVie.
Currently, Stevie Nicks is touring the US to promote her seventh solo album, entitled 'In Your Dreams.' The last time Fleetwood Mac toured as a four-piece (Buckingham, Nicks, MCVie and Fleetwood), was back in 2009.