Christine McVie has confirmed that having rejoined Fleetwood Mac, her and her bandmates would definitely consider headlining Glastonbury festival in the future. 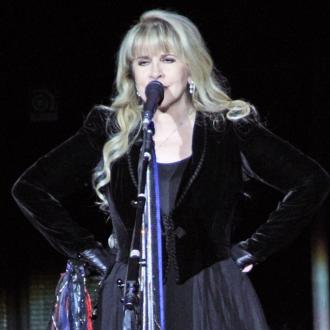 Fleetwood Mac star Christine McVie says the band are open to headlining Glastonbury in the future.

The 70-year-old singer yesterday (22.05.14) confirmed that she had rejoined the band as she accepted her Lifetime Achievement gong at the Ivor Novello Awards in London, and she later confessed that she'd be more than happy to headline the festival in Somerset, if it's founder provided her with some waterproofs.

She told the Daily Star newspaper: ''If Michael Eavis provides the wellies I'll be there.''

The 'Go Your Own Way' hitmakers had been one of the acts rumoured to be headlining the music event before it was announced that heavy metal band Metallica had filled the final spot.

Christine first left the group, which includes bandmates Mick Fleetwood, John McVie, Stevie Nicks and Lindsey Buckingham, 16-years ago but, after performing with them at the O2 Arena in London last September, Mick announced in January that she'd be returning.

The singer has now revealed that they are working on new material for an album and are preparing for their upcoming world tour.

Speaking at the Ivor Novellos, she said: ''I would like to announce that I have re-joined Fleetwood Mac and we're in the process of writing a new album for next year.

She added to the Daily Star newspaper: ''We are making new music right now. It's half done, then the world tour starts in September.''