Fleetwood Mac have announced they will release a new EP later this week, which will include the song 'Sad Angel' which they have been playing on their current tour. 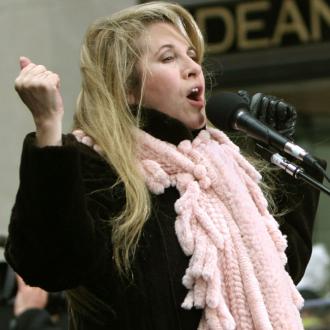 Fleetwood Mac will release a new EP later this week.

The band will be putting out their first new material since their 'Say You Will' album from 2003, including new track 'Sad Angel'.

The band - Mick Fleetwood, John McVie, Lindsey Buckingham and Stevie Nicks - debuted both that song and another, 'Without You', last Thursday (04.04.2013) at the opening of their 2013 tour in Ohio, US.

Lindsey announced news of the new release to the crowd at another show in Philadelphia.

He said: ''One of the things we thought would be a good idea before we hit the road would be to go into the studio and cut some new material. So last year we did that. It's the best stuff we've done in a long time and in a few days we're going to drop an EP of new stuff.''

Ex-band member, Christine McVie - who left the band and retired from music in 1998 - has also said she would like to perform with the band at one of their London dates if they will allow her.

She said: ''If they wanted me to, I might pop back on stage when they're in London just to do a little duet or something like that.''

Fleetwood Mac are currently playing in the US as part of a world tour.