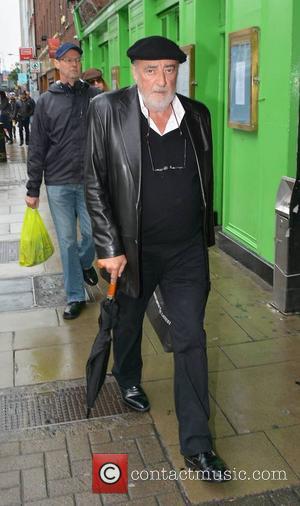 Fleetwood Mac star Christine Mcvie conquered her flying fears once and for all on a trip to Hawaii with bandmate and pal Mick Fleetwood.

Panic attacks and her flying phobia prompted MCVie to quit the band and retire to the English countryside in the late-1990s, but she has since come to terms with her problems and rejoined the group for a tour, which began in Minnesota on Tuesday night (30Sep14).

And it was a trip to Hawaii with Fleetwood that made her realise she was ready for the rock 'n' roll life again.

She tells CBS News, "I did have a phobia about flying. And I had the phobia when I left Fleetwood Mac. It was a multiple of different reasons that led me to leave - my father had died in England, and I wanted to be close to my own family there. So I bought a house.

"The (Northridge, California) earthquake happened in '94 and I developed a phobia about flying. It was multiple reasons why I thought, 'I've had enough. I wanna go home, and live in the country and get a Range Rover and get the dogs, the wellie (Wellington) boots and the scarf and cook for the Ymca', or whatever.

"I sort of had this misguided idea that that was the life that I wanted... and, to some degree, I enjoyed it for a few years. Moving onto more recent times, I've then gone for therapy, 'cos I found that I couldn't go anywhere except by boat or train... I couldn't really go to anywhere exotic because I was frightened to fly. So I went to a therapist, had that dealt with, and in the end, bought myself a ticket to Maui and called Mick and said, 'I'm gonna come to Maui to visit you'.

"He said, 'You're gonna get on a plane? Oh, my God!' He said, 'I'm coming to England in about 10 days to promote the European leg of Fleetwood Mac's tour... so you stay there. And then I'll come back with you.'

"That's what happened, ultimately. We met up in London and hung out together for a few days. And then I joined him, or he joined me, to go back to Maui. And I got on the plane. And I swear, it was completely effortless. I didn't even think when we took off, you know, I was so busy chatting. We're in the air. And do I care? No. I didn't."