Fleet Foxes are an indie-folk band from Seattle. Their debut album, Fleet Foxes, was released on Sub Pop in the US and Bella Union in the UK.

Skyler Skjelset and Robin Pecknold met at Lake Washington High School in Kirkland, Seattle. The two friends bonded over a mutual love of music by artists such as Neil Young and Bob Dylan. They started writing music together, influenced by the musical tastes of their parents (Robin's father was a member of a 1960s soul group by the name of The Fathoms). Pecknold was said to be conscious of the fact that Brian Wilson, of the Beach Boys had written Pet Sounds whilst he was in his early twenties and realized the importance of practicing a lot whilst he was young.

Fleet Foxes were originally named Pineapple, but another Seattle band had already claimed the name. They apparently chose the name Fleet Foxes because it was "evocative of some weird English activity like fox hunting."

The band soon caught the attention of Seattle-based record producer, Phil Ek, who compared their songwriting to that of The Zombies. By 2006, the band had also roused the attention of local press, such as the Seattle Times.

By the end of 2007, Fleet Foxes had built up a substantial following on MySpace, despite not having released any of their songs by this point. They eventually signed a record deal with Sub Pop in early 2008. The Sub Pop label was already well regarded, having released music by the likes of Nirvana, The Shins and Mudhoney.

Sub Pop released Fleet Foxes' Sun Giant EP and the band went on tour with the band Blitzen Trapper. In March 2008, Fleet Foxes appeared at the SXSW festival in Texas, an event that significantly raised their media profile.

J. Tillman joined the band on drums and backing vocals, as well as Christian Wargo on bass, guitar and vocals and Casey Wescott on keyboards and vocals. Their debut album, Fleet Foxes, was released in June 2008, to great critical acclaim. In terms of sales, the band fared better in Europe than the United States, selling over 200,000 copies in the five months after being released. In January 2009, Fleet Foxes made an appearance on Saturday Night Live.

Fleet Foxes release a video ahead of their upcoming third album.

Fleet Foxes are back with a brand new single entitled 'Fool's Errand', along with an accompanying video and their third studio album 'Crack-Up'. If that wasn't enough, they're embarking on their world tour this month that will see them in North America, Australia and Europe.

Noughties indie-folk favourites Fleet Foxes have announced details of their first new album in six years, which is titled Crack-Up and is due for release on June 16th via Nonesuch Records.

The Seattle-based group also shared the first taster from the new album, their third effort, entitled ‘Third of May / Odaigahara’, which clocks in at an epic nine minutes, in the form of a lyric video.

Crack-Up is the first new studio album that Fleet Foxes have announced since 2011’s Helplessness Blues. Inspired by a F Scott Fitzgerald essay of the same name, all 11 tracks on the new album have been written by the band’s leader Robin Pecknold, who has also produced the record in tandem with bandmate Skyler Skjelset.

By Mark Moore in Music Reviews on 02 February 2009 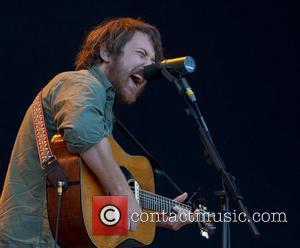