Flavor Flav has been released from jail after he posted bail of $23,000. 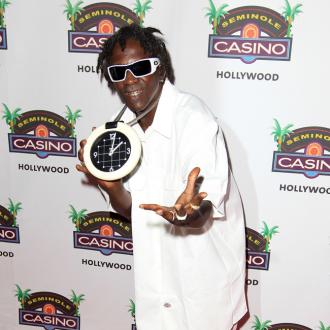 Flavor Flav has been released from jail.

The rapper was arrested in the early hours of yesterday morning (17.10.12) on suspicion of assault with a deadly weapon and assault and battery following an argument with his fiancee and her teenage son, but was released today (18.10.12) after posting $23,000 bail.

According to the police report, the incident started after Flavor - real name William Drayton Jr. - was confronted by his partner, Elizabeth Trujillo, who suspected him of cheating on her.

Elizabeth told police the altercation became violent with Flavor grabbing her and throwing her to the ground twice, at one point ripping out one of her earrings.

She then said her 17-year-old son confronted Flavor, and they began fighting. The 'Louder Than a Bomb' rapper allegedly then grabbed two knives from the kitchen and chased the boy, threatening to kill him. After he had locked himself in a room upstairs with his sister, Flavor allegedly kicked the door open and made further threats.

The report also notes Flavor denies chasing the teenager with a weapon and making death threats. He is due back in court next week.

The star has lived in Las Vegas for the past eight years and records show he and Elizabeth have joint tenancy of the house where the incident took place.