Public Enemy star to defend himself against charges

Oh Flavor Flav, what have you (allegedly) done? See, we say allegedly, because he’s innocent until proven guilty. And he’ll be trying to prove that innocence in a court of law, a judge has determined.

William Jonathan Drayton Jr., (you and I know him as Flavor Flav of Public Enemy fame) didn't testify during a Wednesday evidence hearing in Las Vegas Justice Court. The teenager in question (you and I know him as the ‘alleged stabee’) did, though, and pointed out the clock wearing rapper as the man who chased him to a bedroom and stabbed the knife through the door during an argument in October last year. This teenage guy is a 6-foot 3-inch, 200-pound high school football and basketball player, who can’t be named because he’s just a juvenile. Andress-Tobiasson judged, despite the rapper’s side arguing that he acted in self-defence (albeit very quietly), that the trial will go ahead on April 18th. 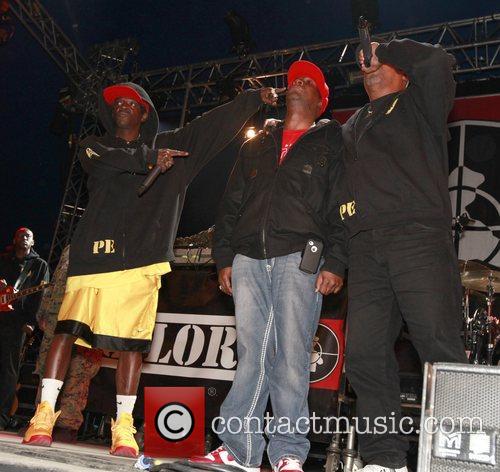 There is one caveat to all this, but not a very big one. Tony Abbatangelo – Flav’s attorney – has tried to get the trail delayed. Not really for any lawful reasons, but for, well, these reasons: they want to delay the arraignment so Flav can team up with his Public Enemy once more in Los Angeles, as they're scheduled to be inducted into the Rock and Roll Hall of Fame. The rapper made his name with Public Enemy, and became known for the large clock he wore around his neck. He’ll have to check it carefully come April 18th.