Rapper Flavor Flav Will Not Face Prosecution Over His 2014 Fireworks Display Outside His Home In Las Vegas After Authorities In The City Dropped Their Case Against Him. 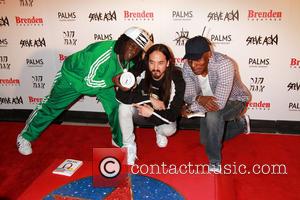 The hip-hop veteran was accused of breaking the law by setting off a huge display of illegal fireworks to celebrate America's Independence Day holiday last July (14).

Police officers were called to his home and confiscated the rest of his haul.

However, it has now emerged that prosecutors in Sin City have dropped the case due to a lack of evidence, according to TMZ.com.