Flavor Flav was arrested in Las Vegas on Thursday (21st May) for possession and driving under the influence. This is the third time in less than 18 months the rapper and reality TV star has been in trouble with the law.

Flavor Flav has been arrested on suspicion of possession of marijuana and driving under the influence. The 56-year-old rapper was reportedly apprehended by police in Las Vegas on Thursday (21st May). According to reports, he was initially pulled over for speeding but, when officers searched his vehicle, he was found with an opened bottle of alcohol and marijuana in his BMW. 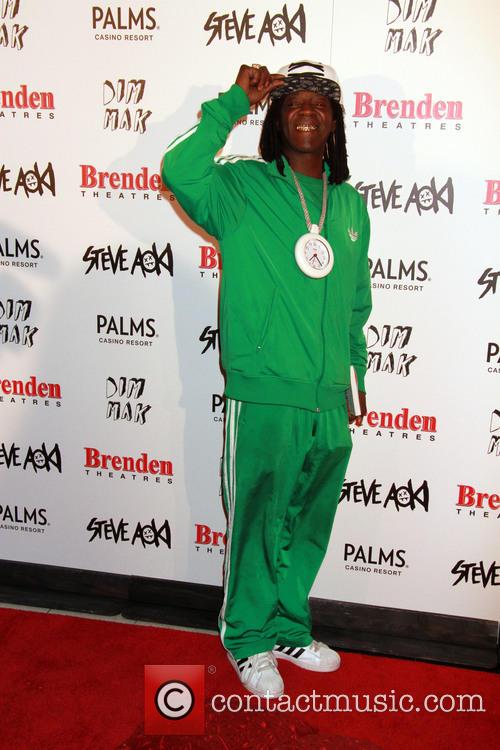 Flavor Flav was arrested in Las Vegas on Thursday.

Read More: Flavor Flav Gets Off With Probation In Domestic Violence Plea Deal.

According to reports in USA Today, Flavor was pulled over at approximately 12:30am for speeding. He was allegedly travelling at 75mph in a 45mph zone. He's racked up a total of six misdemeanour charges, including driving on a suspended license and without registration.

This is not the first time Flavor has been in legal trouble.  His lawyer refused to comment but referred to an ongoing case in New York. This case stems from Flavor driving on a suspended license in January 2014. The rapper was on his way to his mother's funeral when he was stopped for speeding and charged with a felony.

He has also been involved in a domestic violence case. Flavor was arrested in March 2014 by Las Vegas police for threatening his girlfriend's son with a knife. He pleaded guilty to the charges and was ordered to undergo counselling whilst on probation.

Flavor Flav, whose real name is William Jonathan Drayton Jr., rose to prominence during the 1980s as a founding member of the rap group Public Enemy. Shortly after Flavor left the band, he began doing the rounds of the reality TV circuit and appeared in VH1's The Surreal Life. He later starred in his own reality series, Flavor of Love, which documented his search for a relationship.