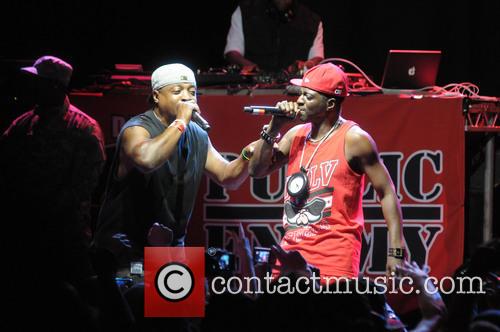 He was charged with felony aggravated unlicensed operation, unlawful possession of marijuana, and numerous traffic violations.

Flav was inducted into the Rock and Roll Hall of Fame earlier in 2013 with his group Public Enemy. They joined the ranks of rappers like Run DMC and Beastie Boys for the honor.

He has appeared on Celebrity Rehab (where he had a fling with fellow '90s icon Brigitte Nielsen), The Surreal Life, Strange Love and Flavor of Love.

Flav has dealt with drug and alcohol problems for years and shared them with the world while he was on Celebrity Rehab with Dr. Drew. He is currently listed as a Las Vegas resident. 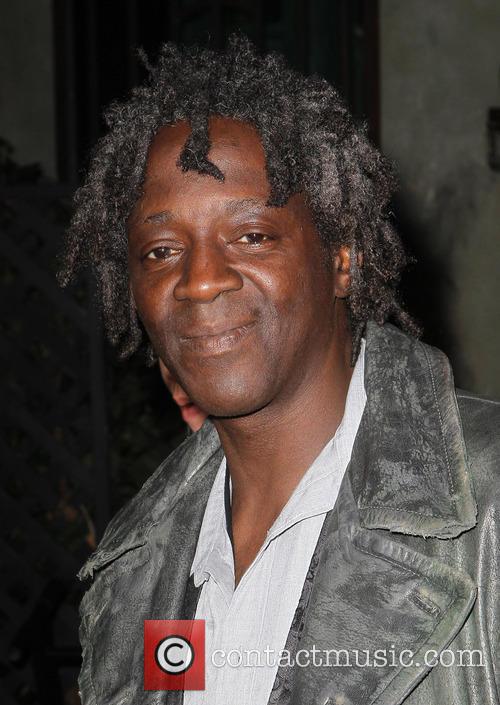 Flavor Flav appearing at an event in Hollywood

Police said the 54-year-old rapper was released on an appearance ticket so he could attend his mother's funeral, likely the reason he was in New York in the first place. According to Extra, Anna Drayton died on New Year's Day.

Flavor Flav is due back in court on Jan. 28.