The video not only uses grainy footage of Flashguns standing in silhouette in a field but also uses decades old shots of brave wing walkers lying on the tops of planes, or hanging from the wings while in flight.

Based in London, Flashguns are Sam Johnston (vocals/guitar), Giles Robinson (drums) and Olly Scanlon (Bass), who met and formed the band in 2007 while still in school. Their debut album was recorded and produced with the help of Luke Smith, who has worked with the likes of Depeche Mode and Foals, and Barney Barnicott, who has produced albums for indie rockers Kasabian and Arctic Monkeys.

Flashguns - Passion Of A Different... 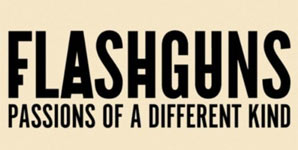 Flashguns - Passions Of A Different Kind 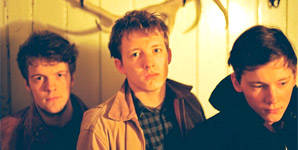 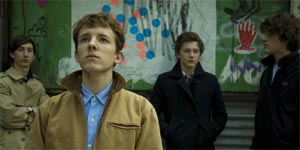