January's new releases delivered some odds-on certainties, some definite surprises and some sure fire hits

As the new year brought with it a swath of new releases, Years & Years reached number one with Night Call, Young T & Bugsey dropped Truth Be Told and George Ezra released his comeback single - Anyone For You. The Wombats told us to Fix Yourself, Not The World, Ella Henderson sang of being Brave and Twin Atlantic, unlike the PM, gave us Transparency. Whilst Charli XCX, Doja Cat, Central Cee, Blossoms, Charlie Puth and Maverick Sabre (among many others) were setting the airwaves and streaming sites alight a distraught Adele caused a storm when she announced at the 11th hour that she would not be able to fulfil her Las Vegas residency dates. Tears were also shed as it was announced that Meat Loaf had passed away on January 20th. Following the sad announcement of his death, three of his albums re-charted in the top 30, including his seminal 1977 release Bat Out Of Hell. January also brought us some great new albums and we've hand picked our favourite five for you here. 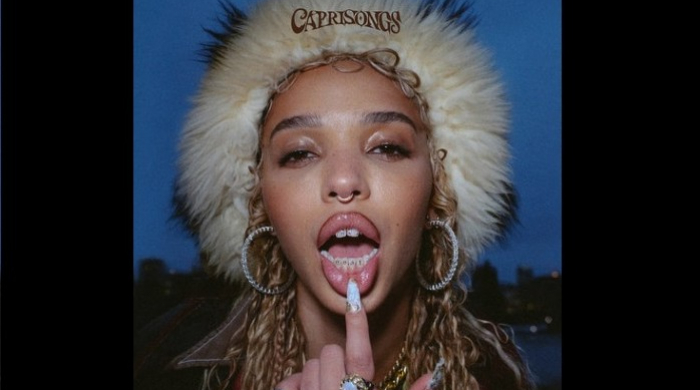 Twigs mixtape, a joyous 17 song collection of some of her best work to date, sees FKA Twigs branch out and embrace more of a mainstream pop bent. Following her fantastic, inspired, hook-up with The Weeknd on last year's December single tears in the club, Twigs has shared an album that also sees her collaborate with Sound Of 2021 winner Pa Salieu, SLIME artist Shygirl, Soundgasm singer Rema, Japanese Denim creator Daniel Caesar, Nobody But You songstress Jorja Smith and East London band, Dystopia. It appears that Twigs affirmation to "follow ur dreams they will come tru if u do u surround urself with people who are kind" has just been realised with her third album.

The Weeknd didn't waste any time at all in getting 2022 off to a flying start with his new 16 track album Dawn Fm. The Weeknd took everyone by surprise when, with little fuss and next to no notice, he dropped his follow up album to his hugely successful 2020 record, After Hours. The Blinding Lights global superstar has wowed fans and critics alike with his fifth studio album with record producer, rapper, singer-songwriter, and record executive Timbaland comparing it to Michael Jackson's seminal album, Thriller. Esquire magazine have called Dawn FM The Weeknd's "Prince moment", whilst The Guardian's five star review said it was "a stunning display of absolute pop prowess".

"We got serious fast" says James Smith of his band, Yard Act, and he's not wrong. The Sound of 2022 contenders, who only formed two years ago, have seen a rapid rise in their profile over the last twelve months. "It was only meant to be an excuse to record some lo-fi indie songs and have a few pints between day jobs" says lead singer James. In that short space of time the band have released seven singles and now their very well received debut album - The Overload. With biting, satirical lyrics and some raucous, uninhibited guitar based soundtracks, Yard Act have arrived fully formed and ready for anything. "What constitutes a ghetto? Is it growing your own lettuces in the pot holes in the road?"

Simon Green is joined by Library Selection artist Miguel Atwood-Ferguson, poet Jamila Woods, producer and DJ O'Flynn, Nectar creator Joli, Childqueen singer Kadhja Bonet and multi-instrumentalist and all-round superstar Jordan Rakei on his latest album - Fragments. Green has once again created some exquisite soundscapes on his new 12 track record, including his latest single - From You which features Joli. Bonobo's seventh full length album, released on the Ninja Tune label, has given Green a top 10 album in the UK, Australia, Belgium, the Netherlands and Switzerland and looks set to surpass the success of his last album, 2017's Migration.

Blood Red Shoes welcome return, with their first album release since their "difficult" fifth album - Get Tragic, saw the band adopt a slightly different approach and explore new ideas to deliver some of their best material in years. Steven Ansell says GHOSTS ON TAPE... "is us deliberately pushing into all of our strangeness, emphasising all of the things that make us different". The Brighton duo have, very effectively, used more of a synthesiser oriented sound on their latest record resulting in slightly less incendiary but more melodic songs. There's still plenty of riotous, barely tamed energy on BRS latest album, evident on tracks such as I AM NOT YOU and GIVE UP but there's also a nod to great synth-pop on songs such as the lead single - MORBID FASCINATION, MURDER ME and SUCKER.