British Singer FKA Twigs Emerged As A Frontrunner For The 2015 Music Of Black Origin (Mobo) Awards When The Nominations Were Announced On Wednesday (30sep15). 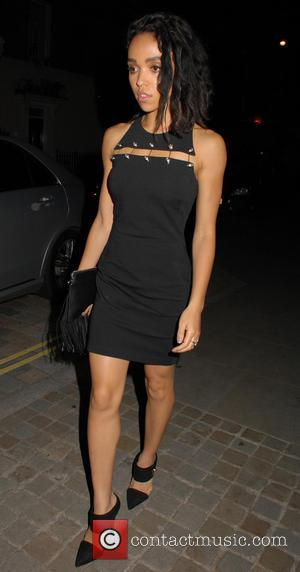 The Video Girl star, who is dating actor Robert Pattinson, has been nominated for Best Female Act and she scored two nods for Best Music Video for her songs Pendulum and Glass & Patron.

She will compete against British newcomers including Jess Glynne and Ella Eyre for the top female category, and will battle it out for the video prize with Rita Ora, for her track Body on Me, featuring Chris Brown,

British hip-hop stars Krept and Konan and JME lead the nominations with four each.

The 10-strong Best International Album shortlist will be cut down to five acts on 14 October (15) following a public vote. Nominees currently include Drake (If You're Reading This Its Too Late), Kendrick Lamar (To Pimp A Butterfly) and Dr. Dre (Compton: A Soundtrack by Dr. Dre).

Mark Ronson scooped two nominations - Best Male Act and Best Song for Uptown Funk, his collaboration with Bruno Mars. Other Best Song nominees include rapper Tinie Tempah for his track with Jess Glynne, Not Letting Go, and Skepta for Shutdown.

Joss Stone is up for Best R&B/Soul Act, while Lethal Bizzle and Skepta compete for Best Grime Act, and Jamie xx and Wiley are named in the Best Album category for their discs In Colour and Snakes & Ladders respectively.

Rap star Wiley has been named the recipient of the inaugural MOBO Paving The Way award, and a paving stone will be placed outside his former school in east London in his honour.

The ceremony will be broadcast live on U.K. TV on 4 November (15) from the First Direct Arena in Leeds, England. FKA Twigs is scheduled to perform.