British Singer FKA Twigs Unexpectedly Released A New Ep On Thursday (13aug15), Accompanied By A Short Film Which She Directed. 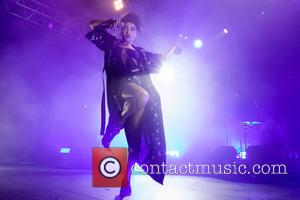 In disturbing footage linked to her song I'm Your Doll, FKA Twigs slowly transforms into a nude, blow-up sex doll, as a naked man engages in sex with her to the point of deflation.

In another scene to accompany the song In Time, the singer becomes pregnant and subsequently gives birth to a multi-coloured scarf, which she later wraps around her body.

Fashion icon Michele Lamy makes a cameo in the short art film, which is described as an "an aggressive statement conceptualising the process of feeling pregnant with pain, birthing creativity and liberation."