FKA Twigs insists her relationship with Robert Pattinson is ''worth'' the abuse she receives. 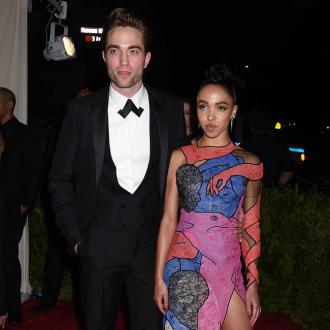 FKA Twigs insists her relationship with Robert Pattinson is ''worth'' the abuse she receives.

The 'Two Weeks' singer has been sent abusive messages on Twitter ever since she started dating the 'Twilight' actor last year, and although she admitted it has been ''awful'', she believes it's all been worthwhile.

She said: ''It's really hard - I can't begin to explain how awful it is.

The 27-year-old musician - who is rumoured to be engaged to the movie star - slammed those who criticise her online though, saying it makes her feel like smashing her ''face into the mirror''.

''There's no amount of songs I can sing or dances I can dance that will prove to them I'm not a monkey.''

The star - whose real name is Tahliah Barnett - made the comments just days after it was reported the couple had decided against getting a pre-nuptial agreement, as the 29-year-old actor is ''madly in love'' so doesn't think they'll ever need one.

The source said: ''Rob's quite a traditionalist and is madly in love with her, so he doesn't think it's necessary. He's following his heart on this, rather than his head.''