Will FKA Twigs Be Replacing Rita Ora On 'The Voice'?

First it was Paloma Faith, but now FKA Twigs is the new favourite to join ‘The Voice’s’ judging panel.

Another day and another name joins to race to become Britain’s next talent show judge. This time it’s singer FKA Twigs, who’s found herself as the hot new favourite to replace Rita Ora on ‘The Voice’, following the 'Poison' singer's move to the 'X-Factor'. 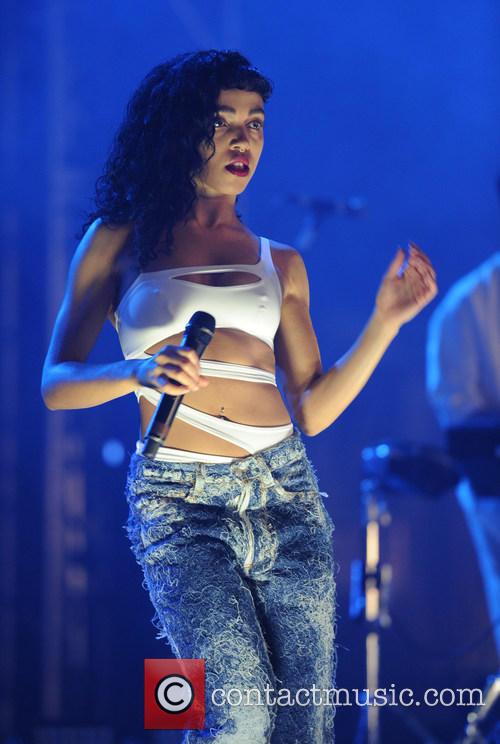 Will it be FKA Twigs who takes over from Rita Ora on ‘The Voice’?

According to The Daily Star, producers over at ‘The Voice’ want the cool and quirky singer to join next season’s judging panel and bring more musical credibility to the show. "Rita may have brought glamour to 'The Voice' but she wasn't too clued up on musical knowledge,” a source told the newspaper.

More: Is Paloma Faith Set To Take Over From Rita Ora On 'The Voice'?

"She didn't know who The Monkees were." FKA twigs is beautiful and credible.” Twigs, real name Tahliah Debrett Barnett, released her debut album LP1 last year, which was shortlisted for the Mercury Prize and received a Grammy nomination. However the singer is best known in the press for her relationship with Twilight star Robert Pattinson.

But over the weekend it was Paloma Faith who was said to be the top choice to take Rita’s empty chair, according to a report by The Sun. A source told the newspaper, “Bosses think she would be great. They have been impressed by her forthright opinions and love her out-there style.”

More: Rita Ora Moves From 'The Voice' To 'The X Factor'

However the problem with Paloma might be that she’s already appeared as a guest mentor on the show in 2012 and didn't seem to enjoy her time there. “[The opportunity] came through them contacting my people, who said, "Do you want to do it?" And I said, 'Yeah, but can I say what I really feel?’” Faith told The Evening Standard in 2012.“

But they just edited it out. I think I was maybe a bit too realistic.” The show is yet to comment on any rumours regarding Ora’s replacement and it's also not yet known if the programme’s other judges, Ricky Wilson, Will.i.am and Tom Jones will return to the show for the sixth series. After weeks of rumours, the departure of Ora was made official last Tuesday when she was announced as the newest judge of rival talent show ‘The X Factor’.