Fixers' new single Majesties Ranch is the lead single from their upcoming EP, Imperial Goddess of Mercy, which will be released on December 5th 2011. Fixers recently performed at Bristol's Start The Bus and are expected to continue their UK tour throughout November and December 2011. They will be supporting the Kaiser Chiefs on their UK tour in February 2012.

The video for Majesties Ranch sees the band performing in separate rooms of an empty looking house. Each member of the band is surrounded by a common household object that you would normally find in a house: a TV; books; chairs; lightbulbs; window frames and birdcages, which are less common but add a nice effect to the room all the same.

Fixers are an Oxford based band who formed in 2009. The band is: Jack Goldstein; Jason Warner; Christopher Dawson; Roo Bhasin and Michael Thompson. Majesties Ranch was named as Zane Lowe's Hottest Record In The World in October 2011.

Fixers have described their sound as like Transcendental Meditation crossed with Kate Bush; in their interview with this very website they said 'When we first began we were attempting to emulate Phil Spector's Wall Of Sound'.

Their debut album will be released in early 2012. 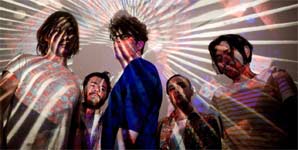 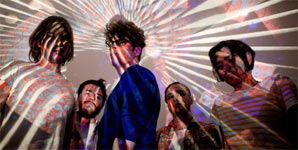