This British satirical comedy may be a bit of a mess, but since it's based on a Stephen Fry novel, the snappy wit in the dialogue zings with his specific brand of intelligent humour. This keeps the audience entertained as the story plays lightly with ideas of social privilege and deep-seated faith. The film is overcrowded, and the themes are all over the place, but it's often quite funny. 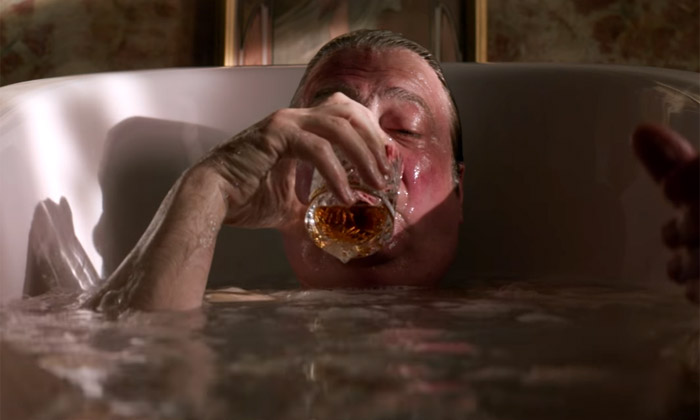 The story is told through the eyes inebriated curmudgeonly writer Ted (Roger Allam), a former poet who has just been sacked as a theatre critic. Thankfully, he has a distraction when he's asked to look into the rumours that his 16-year-old godson David (Tommy Knight) has some sort of mystical healing powers. So he heads to the manor house where David lives with his parents (Matthew Modine and Fiona Shaw) and older brother Simon (Dean Ridge). As Ted tries to get to the bottom of things, he speaks with a local playwright (Tim McInnerny) and his old flame Rebecca (Geraldine Somerville). But it's not easy to keep focussed on his task when he's drinking so much.

The film is very loosely directed by John Jencks (The Fold), which means that the tone is all over the place. Some scenes are played for slapstick value, while others are darkly pointed or intensely emotional. There are also so many characters that it's tricky to work out the connections between them, especially as their constant bickering reveals a labyrinth of past issues, and Ted never stops talking in the voiceover narration. All of this is amusing but noisily chaotic. So it's up to the actors to hold our interest. Allam is reliably entertaining as the likeably smug Ted, and his interaction with each of the others is energetic and sometimes funny. Amid the shameless scene-chompers in the cast, it's Knight who emerges as the most sympathetic figure even though, like everyone else, he's just using other people to get what he wants. 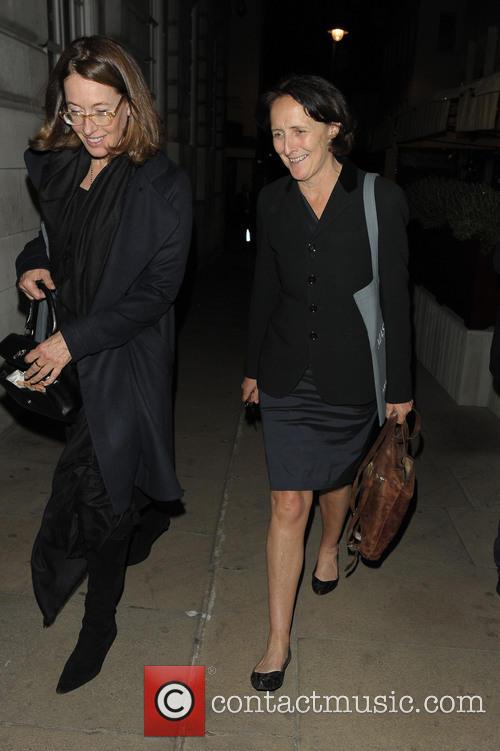 Testament of Mary is the latest play to take Broadway by storm, for all the right reasons too.

Testament of Mary is an ambitious project as far as Broadway productions go, with the striking stage set up almost as awe-inspiring as the actual one person show. A live vulture, an uprooted tree suspended in mid-air and a seemingly bottomless pool of water litter the stage that is soon inhabited by the show's star, Fiona Shaw, who gives a commanding performance in Irish writer Colm Toibin and director Deborah Warner's one woman show. 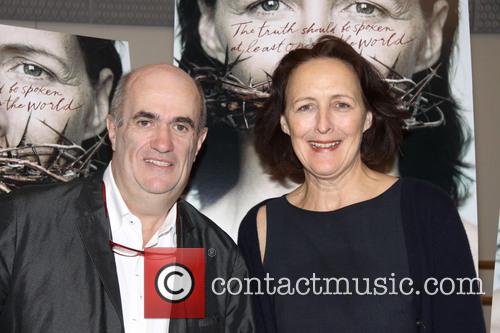 Fiona Shaw and Colm Toibin at the show's premiere.

The script is adapted from 2012 novella about Mary, the mother of Christ in 'historical' terms and the Mother of God and the Queen of Heaven in the Biblical sense. Holding lilies, surrounded by a Plexiglas cube or by candles, or stripped of any defining qualities, Toibin's presentation of the Virgin Mary is bound to be one that you have never seen before as Testament of Mary really is a spectacle to behold. 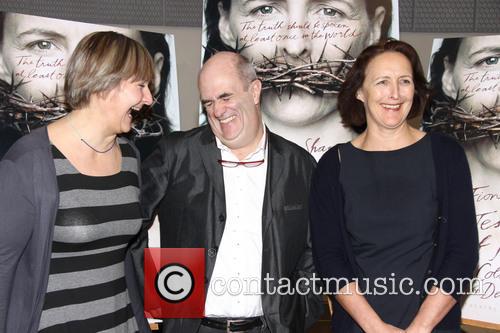 Watch the trailer for The Tree of Life

Continue: The Tree Of Life Trailer 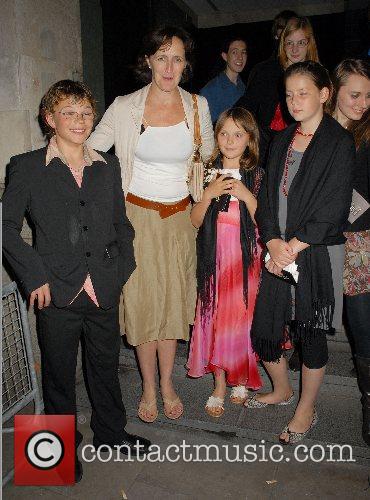 By Chris Barsanti
Weak
It is hardly a reassuring sign when one of the more interesting things in a film is not even sentient. Over the title sequence of Fracture, and in the midst of some of the duller stretches (of these there are many) we see a glittering sort of Rube Goldberg contraption, all shiny metallic tracks and carved wooden wheels, where small glass balls skitter and roll in an elaborately choreographed dance. It's a beautiful piece of elegant machinery and, one hopes, symbolic of the many complex and artfully managed plot twists to come. Instead, what we're given is Anthony Hopkins and Ryan Gosling sleepwalking around each other as they navigate through one of the year's laziest films.

By Chris Barsanti
Weak
Sure, the man's had a bad run of things. When Brian de Palma directed Snake Eyes, a corker of a plot that went nowhere, it seemed like a fluke. When he did Femme Fatale, that ludicrous sapphic French diamond heist flick, it could be written off as just an idiosyncratic minor joke by a former Hollywood heavyweight in self-imposed Euro-exile -- something to keep him occupied until he went back to the big leagues. Well, that moment of return finally arrived in the form of the long-gestating adaptation of James Ellroy's 1987 novel The Black Dahlia, a mystery about the infamous 1947 Elizabeth Short murder which seemed purpose-built for de Palma's needs. Ellroy's fever dream of a novel has everything that the famously self-referential director could utilize: doppelgangers (male and female), seedy urban underbelly, and psychosexual perversities galore. Given the limp, campy joke of a film that resulted, however, it seems time to stop making excuses for the man -- Brian de Palma has become one very bad director.

By Jeremiah Kipp
Bad
The moral of love: Be manipulative and conniving to get the man (or woman) you want, even if a few other folks get their hopes crushed along the way. That's what's certain after watching Clare Peploe's depressing fairytale/restoration comedy Triumph of Love (based on a superficial Marivaux play originally performed in 1732). That's not the filmmaker's intention, though. She's clearly going for whimsy, light romance, and slapstick cuckolding. What her film lacks is a heart and a conscience.

Mira Sorvino plays a princess who dresses up as a dandified male student to infiltrate the summertime estate of a misogynistic philosopher (Ben Kingsley). Under the old man's tutelage, a dashing prince (Jay Rodan) has been instructed to distrust the female sex. So clever Sorvino attires herself as a man to earn his friendship, trust, and above all, love.

In his second big-screen outing, adolescent wizard Harry Potter is blessed with enough cinematic magic to overcome several of the very same problems that left last year's "Harry Potter and the Sorcerer's Stone" feeling a little protracted and rambling.

Sure "Harry Potter and the Chamber of Secrets" spends twice as much screen time on atmosphere and adventure scenes than on plot and character. But this time around every episode seems relevant, which is a vast improvement over last year's film, bloated as it was with Quidditch matches and monster moments that didn't advance the plot one iota.

Returning director Chris Columbus retains the enchanted ambiance as Harry heads to Hogwarts School of Witchcraft and Wizardry for his second year of instruction in the black arts. But nothing is ever easy for our young hero, as unseen forces seem to be conspiring against him -- not the least of which is some kind of elusive beast that's loose in Hogwarts' halls, turning students to stone.