Apparently, being shut up indoors all year has had quite the positive effect on the females of the music industry, since every single one of our top 10 favourite albums in 2020 have all been written and recorded by women. It's amazing to live in a time where women are now so highly respected in the music industry, and these records are just a snippet of the female talent that is cultivating the terrain for that reverence.

Frank Ocean has sent off a cheque ending a legal spat with burrito giant Chipotle after a dispute over the soundtrack song for the company's Scarecrow advert last year. The R&B singer eschewed discreteness over sharing the cheque with his fans via Tumblr. The cheque was made out to an unknown company for $212,500 but had "F**k Off" scrawled in the 'memo' section. 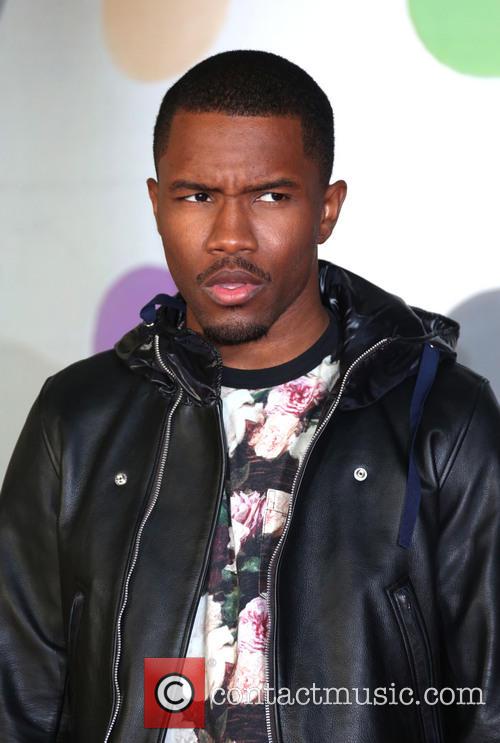 Frank Ocean Was Most Displeased To Have Been Made To Give Chipotle Their Money Back.

The pop star also posted a link to the Wikipedia article for 'Defamation' alongside the cheque image. The money, which is assumed to have been made out to Chipotle, was refunding the advance the company paid for Ocean to sing a cover of 'Pure Imagination' for their emotive 2013 commercial.

Fiona Apple has reunited with her ex-boyfriend and frequent collaborator Paul Thomas Anderson.

Fiona Apple's new video for 'Hot Knife' is a strange affair. It's visually stunning, with split-screens and black and white filters. There's even an appearance from Apple's sister Apple Maude Maggart, who provides vocals on the track.

And then you find out it's directed by Paul Thomas Anderson, and everything falls into place. The director of There Will be Blood, Boogie Nights and The Master, is actually the ex-boyfriend of the singer-songwriter, which.makes things a little weird, but still.

According to an interview with V Magazine, the video has taken over a year to create, with Anderson having to leave midway through to begin work on a movie.

By Contributor in Music / Festivals on 21 November 2012

As you might expect from an artist who has an album in her back catalogue called When the pawn hits the conflicts he thinks like a king, What he knows throws the blows when he goes to the fight, And he'll win the whole thing 'fore he enters the ring, There's no body to batter when your mind is your might, So when you go solo, you hold your own hand, And remember that depth is the greatest of heights, And if you know where you stand, then you know where to land, And if you fall it won't matter, cuz you'll know that you're right, Fiona Apple is one to mince her words when it gets around to telling people anything.

The performer has had to cancel her upcoming South American tour because her 13 year-old pit-bull mix Janet is ill and, sadly, appears to be on the way out. In the press surrounding her latest album The Idler Wheel, Apple had spoken a lot about the pet whom she’d rescued as a stray and so it’s no surprise that she’s quite cut up about the situation. You can find out just how cut up she is though in a hugely long letter that she posted to her official Facebook page yesterday (November 20) explaining that Janet had a tumour and as such she’d be staying at home with her rather than playing shows to her Latin American faithful.

Apple had initially hand written the letter – there are pictures of it on Facebook – but she also typed out the piece, which finishes with the incredibly intense words “I know that I will feel the most overwhelming knowledge of her, and of her life and of my love for her, in the last moments. I need to do my damnedest to be there for that. Because it will be the most beautiful, the most intense, the most enriching experience of life I've ever known. When she dies.” There were no words in the essay as to whether the dates would be rescheduled.

By Jack de Aguilar in Lifestyle / Showbiz on 21 November 2012

Singer songwriter Fiona Apple's tour will be delayed as she tends to her dying dog, the singer has put her pet before her fans, but we're sure her fans will understand. The singer writes in a handwritten letter posted to her Facebook profile: "Janet has been the most consistent relationship of my adult life, and that is just a fact."

Apple goes on: "She has Addison's Disease, which makes it dangerous for her to travel since she needs regular injections of Cortisol, because she reacts to stress and to excitement without the physiological tools which keep most of us from literally panicking to death. Despite all of this, she's effortlessly joyful and playful, and only stopped acting like a puppy about 3 years ago." The letter continues to say the "decision is instant" to stay with her friend rather than go on tour, while she explaines, "I just can't leave her now, please understand. If I go away again, I'm afraid she'll die and I won't have the honor of singing her to sleep, of escorting her out."

Apple made the news recently, when she was arrested for hashish possession on Wednesday at a West Texas town after a Border Patrol drug-sniffing dog detected marijuana in her tour bus.

By Simon Edmunds in Music Reviews on 02 November 2012

Fiona Apple's first album in 7 years is a bare-boned howl of a record; the sound of an artist working and experimenting completely on her own terms and the result is a record that oozes with exhilarating honesty.

Opting to change producer from longtime artistic partner Jon Brion, whose work with Apple impressed another defiantly singular artist, one Kanye West, so much that he worked with Brion on 'Late Registration', Apple produced the album with tour drummer Charley Drayton. As a result, the album's sonic landscape is a cacophony of clattering drums, dark-jazz pianos over which Apple's voice soars, howls and whispers, often all in the same song.

One feels like this working relationship with Drayton gives Apple a freedom to fully express herself, and the percussive musical landscape is a perfect fit with her lyrical honesty that deals with love, pain and themes of mental unrest.

Continue reading: Fiona Apple - The Idler Wheel Is Wiser Than The Driver Of The Screw And Whipping Cords Will Serve You More Than Ropes Will Ever Do Album Review

Nelly’s tour bus was searched at a border patrol in Sierra Blanca, Texas. Heroin was uncovered, alongside a loaded firearm, reports MTV.

The rapper was detained on Wednesday night (October, 9 2012) but wasn’t arrested, after Brian Keith Jones – a man on the bus with him – admitted to being the proprietor of the 0.64 ounces of heroin, more than 10 pounds of marijuana and a loaded .45-caliber pistol. He was, of course, subsequently arrested after the dogs sniffed out his batch of illegal stuff. “It is my understanding a member of my staff made an unfortunate decision to bring unlawful materials onto our tour bus that resulted in his arrest this morning,” NME reported Nelly as saying. “Neither I nor anyone else on the tour bus was aware of his decision to bring these on board. Law enforcement officials did not press charges against anyone other than that individual.”

Sierra Blanca seems like a honey trap for celebs that insist on smuggling narcotics: Willie Nelson, Armie Hammer, Snoop Dogg and, most recently, Fiona Apple have all been arrested for drug possession in the Texas town. "Most of the people were very nice to me," Apple said of her arrest. "There are four of you out there, and I want you to know I heard everything you did, I wrote it all down with your names and everything you did and said stupidly thinking I couldn't hear and see you."

Fiona Apple was arrested at a border stop in Texas on Wednesday (September 19th) after it was discovered that she was holding illegal drugs, according to The Daily Mail.

These days, it’s all tweets and hashtags with pop stars, but Fiona Apple was involved in a different type of ‘hashtag’ when the cops busted her for possession of marijuana. The strong form of cannabis - made from the resin of the plant - was found on the Criminal singer's tour bus in Sierra Blanca, and now the 35-year-old is being held at Hudspeth County Jail following her arrest. Apple rose to fame in 1996 with her debut album, Tidal, and went on to win a Grammy Award for best female rock vocal performance for the single Criminal. Her follow up albums include When the Pawn, Extraordinary Machine and The Idler Wheel, which was released this year.

Musicians and cannabis is nothing new of course; the latest stoned-singer scandal occurred with everyone’s favourite wacky superstar, Lady GaGa. The Born This Way singer was filmed lighting up a fat one on stage in Amsterdam, and she’s previously stated her appreciation for the drug: “I want you to know it has totally changed my life and I’ve really cut down on drinking,” she told The Sun. “It has been a totally spiritual experience for me with my music. It’s like saying everybody needs to take a breath and it’s going to be OK.” We at Contactmusic.com preach caution when dabbling with narcotics, kids.

We're looking forward to seeing what long-winded song title Fiona Apple comes up with when she gets around to writing a song about this one. That's right, the singer songwriter who once held the dubious honour of writing the world's longest album title, was reportedly arrested on the Mexico border after being found to have marijuana on her persons.

Apple certainly isn't the first music star to be stopped on the border and found to have the green stuff on her. Willie Nelson, Snoop Dogg and Armie Hammer are three of the not-so surprising names to have found themselves in trouble with the law for possessing the banned substance. Apple was found to have hash on her as well as a small amount of weed and as such the 35 year-old is being held at Hudspeth County Jail.

It hopefully won't derail what's been a fairly promising comeback from Apple, who released her first album in seven years this year, giving it the typically long-winded title The Idler Wheel Is Wiser Than the Driver of the Screw and Whipping Cords Will Serve You More Than Ropes Will Ever Do. The album went to number three on the US Billboard Charts, although it hasn't got anywhere near sales of her phenomenally received debut album Tidal. Released in 1996, that sold some 2.7 million in the US.

Fiona Apple Not About Love Video