White Bird in a Blizzard

White Bird in a Blizzard Review

There's an unusual honesty to this film, which is an odyssey into the inner life of a teen girl. Gregg Araki has made a career out of understanding the often tortured inner workings of the adolescent mind, and this is one of his most beautifully crafted films yet, artfully circling around a central mystery while digging deeply into each of the characters. And while it seems a bit straightforward for an Araki movie, it's packed with his usual darker corners, especially in the surprising final act. 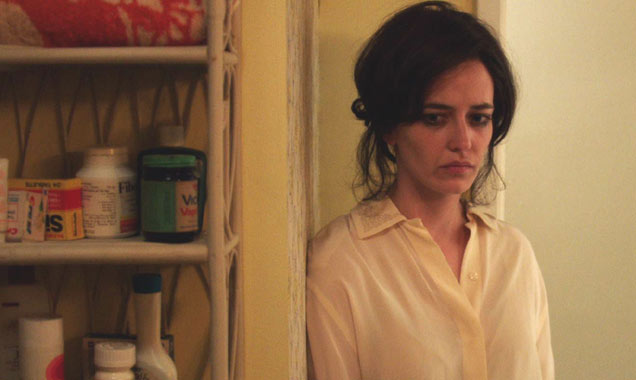 It's set in the autumn of 1988, when Kat (Shailene Woodley) feels her life fall apart. She's just 17, on the verge of womanhood when her mother (Eva Green) inexplicably vanishes, leaving her dad (Christopher Meloni) struggling to help her through puberty. Her best pals (Mark Indelicato and Gabourey Sidibe) are some help, but at the same time she begins to feel a growing distance from her boyfriend Phil (Shiloh Fernandez). Is all of this connected, or is this because of Phil's own family issues? As she plays through the various clues in her mind, the answers are also eluding the local tough-guy detective (Thomas Jane). A few years later, Kat returns home from her studies at Berkeley to visit her dad. And maybe this time she'll finally find out what happened.

The film is a beautiful depiction of the awkwardness of being a teenager, when everything seems wrong but feelings are so strong. Araki fills the screen with sumptuous imagery including dreamy sequences set in a snowy landscape where Kat mentally searches for her mother. And flashbacks offer more earthy glimpses into this difficult mother-daughter relationship, especially as Kat and her once-glamorous mother begin to shift in their roles. Clearly, Kat suspects that her mother ran away after seducing Phil, but the truth isn't quite this obvious.

Both Woodley and Green are excellent, offering powerful performances that are involving and haunting. These are complex, strong women trapped in dull suburbia, and the way they interact often catches us by surprise. Sometimes the film feels like merely a collection of small, oddly disconnected scenes that leap from one to the next. But in the end Araki brings it to a stunning conclusion. He also has an unflinching approach to human sexuality, willing to go places most filmmakers are terrified to even hint at. And without ever exploiting these issues, Araki manages to find the points where we recognise the emotions within ourselves, including some intensely cathartic moments along the way.

White Bird in a Blizzard Trailer