We Are the Best!

We Are the Best! Review

Swedish filmmaker Lukas Moodysson returns to the improv-style charms of his earlier films (like Together and Show Me Love), a welcome break from his more recent grim experimental dramas (see Mammoth or Lilya 4-ever). This light-hearted film explodes with youthful energy, drawing engaging performances from the three lead actresses that completely win over the audience. 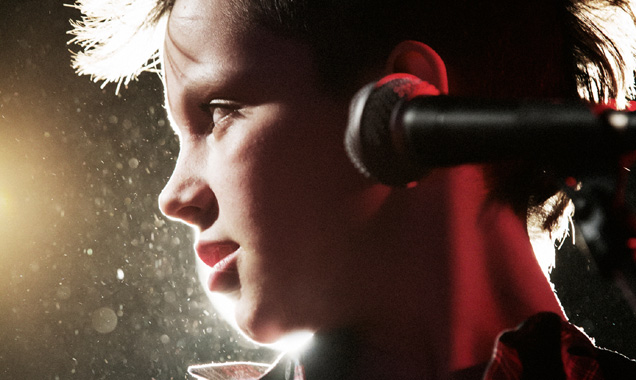 In a boring Stockholm suburb in 1982, 13-year-old Bobo (Mira Barkhammar) is utterly humiliated by everything her mother (Anna Rydgren) does, so she of course rebels, chopping off her hair to go punk with her best pal Klara (Mira Grosin). They decide to start a band, but neither knows anything about music, so they draft in Hedvig (Liv LeMoyne), a musician in their class. Hedvig may be a devout Christian, but Bobo and Klara think they can change that with their rebel music. And as they begin to take shape as a fiercely anarchic pre-teen punk band, they decide to enter a local competition.

Of course, everything changes when they meet two teen boys (Jonathan Salomonsson and Alvin Strollo) who play in their favourite local punk group, and the jealousy that sparks between the girls gives the film a semblance of a plot. Otherwise, it's a joy to watch these three girls express their feelings through their music. Their first song Hate the Sport is a brilliant rant against their annoying PE teacher. And their stream-of-consciousness dialogue is just as witty, leading to ill-advised antics and relational stress.

They're so hugely likeable that it's impossible not to take their point of view and get fed up with the condescending adults all around them. Moodysson lets the film evolve in its own shape, maintaining an appropriately sparky-scruffy tone and filling the screen with colourful side characters who add to the journey these three live-wires take. And in the end, it's rather startling to discover that, even though they haven't a clue what they're doing, these three girls have become our role models.

Watch 'We Are the Best!' Trailer