So it's a bit frustrating that the filmmakers continually fall back on the cheapest, most obvious jokes. Hemsworth's augmented physicality is amusing but overworked, while Mann, Chase and D'Angelo are badly underused. Essentially, this is a childish movie posing as an "adult" comedy because of the strong language and an giggly obsession with sex. But most scenes end abruptly as if the filmmakers lost patience waiting for something funny to happen, rushing on to the next bit of wackiness. And by never properly setting up a joke and delivering a punchline, the film feels rather haphazard and unsatisfying. Although at least it's goofy enough to keeps us chuckling.

Watch the trailer for Vacation here: 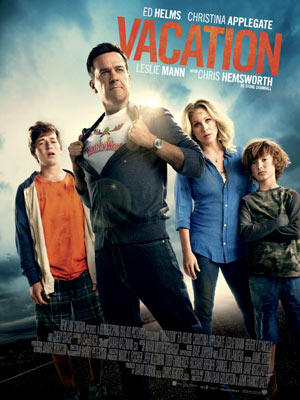