With heavy echoes of trashy thrillers like Fatal Attraction, this movie overcomes its painfully simplistic script with plenty of nasty nuttiness. It may be a problem that none of this is intentionally hilarious, but the audience will enjoy giggling along as the only barely defined characters get pushed into increasingly grisly situations that all hinge on corny coincidences and the fact that no one talks to each other. Yes, it's terrible, but also a guilty pleasure.

It's set in suburban Southern California, where Julia (Rosario Dawson) has just moved to live with her hunky fiance David (Geoff Stults), who runs a micro-brewery. He also shares custody of his daughter Lily (Isabella Kai Rice) with his super-sleek ex-wife Tessa (Katherine Heigl), who clearly wants him back. So of course she sets out to make Julia's life miserable, all while smiling not-so-innocently. Her masterstroke is to lure Julia's violent ex (Simon Kassianides) to town once the restraining order against him expires. And of course, Tessa is carefully making it look like Julia's the one who's losing her marbles.

Director-producer Denise Di Novi lays this on thickly, with ominous musical undertones every time Heigl appears on-screen, to remind us that she's up to something nefarious. As if we didn't already know that by her pinched expression, uber-flattened hairstyle and tightly fitted dresses. Heigl generates some sympathy for Tessa as the woman scorned, and the appearance of her even more monstrous mother (Cheryl Ladd) adds the idea that she couldn't help growing up into this manipulative creep. Meanwhile, Dawson does some serious acting as Julia, a woman trying her best in a very difficult situation. On the other hand, it's impossible to understand how her brain works, especially when she continually withholds key information about both her past and her present from David.

But then the entire story wouldn't work if these people, who are supposedly deeply in love, actually told each other about important things that are going on. Stults' role is especially thin in this sense, merely existing on the edge of the film so the two women can square off against each other. And indeed, the biggest problem here is the assumption that these women are willing to fight to the death over this hapless man. But then, in this movie genre, two women can't be in the same room without trying to pull each others' hair out. And the way the film pits them against each other is so ridiculous, cranked up with such absurd visual clues and cheesy dialogue, that we can't help but enjoy the mayhem.

Watch the trailer for Unforgettable: 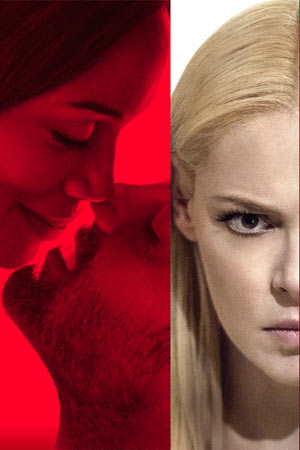