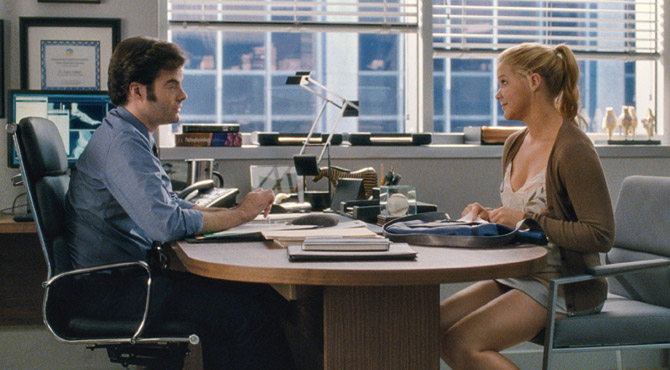 In other words, the film is consistently hilarious. So it's a bit odd that, apart from one big emotional moment, Schumer's wry smirk deflects anything interesting about the character she's playing. This leaves the film feeling superficially smutty and oddly moralistic about sex and relationships. Instead of actually playing around with big issues like monogamy or the pressure society puts on women, the film dismisses anything meaningful with another joke. And in the end, Schumer and Apatow opt for the exact same rom-com finale as all of the movies they're pretending to subvert. It's a lot of fun, and keeps the audience laughing, but ultimately plays it far too safe.

Watch the trailer for 'Trainwreck' here: