Life-changing moments feature in each of the nine short films in this Australian anthology, and each is told with remarkable artistry and sensitivity. While the filmmakers use different styles of filmmaking, there's a clever connection between the shorts, as themes of inner longing are made resonant by earthy honesty. So even if each brief segment film feels like just a fragment of an idea, taken together the film is remarkably moving. 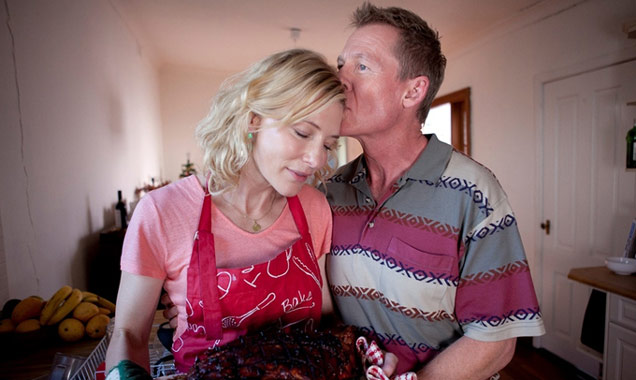 It opens and closes with the animated "Ash Wednesday", using the T.S. Elliot poem to explore the idea of communal memory. From here a variety of mini-stories unfurl, often using the same character names even though the films are dramas, comedies or documentaries, and many have no dialogue at all. The lighter clips include "Reunion", in which a couple (Cate Blanchett and Richard Roxburgh) are surprised that spending Christmas with his mum isn't as awful as expected. "Cockleshell" follows a young guy (Toby Wallace) who's obsessed with the girl (Brenna Harding) next door. And both "Big World" and "Boner McPharlin's Moll" take lively kaleidoscopic looks at how reality is often nothing like our idea of how things should be.

Other segments are dark and provocative, including "Aquifer", about a man (Callan Mulvey) who is pushed by a news headline to recall a painful childhood memory. Two young boys (Jakory and Jarli-Russell Blanco) have a creepy adventure while on a beach day out with their dad and uncles in "Sand". The most moving film is "Commission", in which a young man (Josh McConville) drives to the outback to tell his estranged dad (Hugo Weaving) that his mother is dying. The best performance comes from Rose Byrne in the eponymous "The Turning", as a trailer-trash wife and mother whose friendship with a rich woman (Miranda Otto) sparks a religious epiphany. And the most unforgettable short is "Long, Clear View", impressively directed by Mia Wasikowska, which follows a young boy (Matthew Shanley) playing with his dad's rifle.

Each film is based on a story by Australian writer Tim Winton (there's also a three-hour version of this movie with 18 segments). These are beautifully made shorts, evocative and visually sumptuous, and all of them feature complex characters whose inner odysseys spark all kinds of thoughts, feelings and memories. So even if much of this feels a bit vague and elusive, it's so east to identify with that it's impossible not to be moved as we think about the transitions in our own lives. Including the ones still to come.