Like James Bond, wilfully anonymous driver Frank Martin is reborn as a new actor without any fuss, shifting the tone of the franchise from Jason Statham's knowing wink to Ed Skrein's stone-faced glower. But even though the new film is a lot less camp, it's still deliriously preposterous, pinging between dimwitted dialogue and jaw-droppingly silly action. It's utterly inane, but never dull and often very funny, sometimes intentionally so. 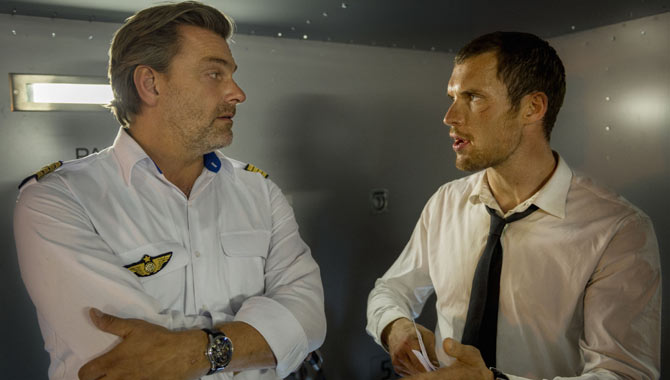 Skrein's Frank is still based on the French Riviera, where he has three simple rules to ensure plausible deniability about whoever or whatever he carries around in his shiny, seemingly indestructible Audi (product placement alert!). Then he's contacted by high-class hooker Anna (Loan Chabanol), who has escaped from her Russian mafioso bosses and is out for revenge. She hires Frank to carry her and a mini-UN of angry ex-prostitutes (Gabriella Wright, Tatiana Pajkovic and Wenxia Wu) to a variety of heists aimed at top Russians, with their final sites on kingpin Karasov (Radivoje Bukvic). When Frank balks at this, the women kidnap his father (Ray Stevenson) to force him to comply, and soon both dad and son are in the middle of the action themselves. Chases in cars, motorbikes, planes and boats ensue, as gangsters shoot at them and the police try to catch them.

Basically, this is a series of elaborately staged set-pieces held together by the bare hint of a plot, as this quartet of scantily clad women take on the macho thugs who have enslaved them. In the middle, Frank looks like a model in his sleek suit, while his dad provides some comical relief. It never makes much sense at all, and the action sequences aren't particularly well staged, relying on lots of slow motion to make everything look achingly cool. But there's a level of inventiveness in the mayhem that keeps us watching, as well as laughing along with everything that happens.

Skrein is a bit too pretty and stoic to be likeable, but the way he and the other good guys purr their lines at each other is hilarious (by contrast, the baddies growl). The vocal accents are all over the place, as convoluted as the dialogue itself, but the actors dive in with gusto, straining to find some emotion in the cliched backstories. No, there isn't a subtle moment in the entire film, and it's rather impressive that the actors get through it without cracking up. But even as every scene spirals wildly into the realm of corny fantasy, it's impossible to wipe the smile off our faces.

Watch the trailer for The Transporter Refuelled here: 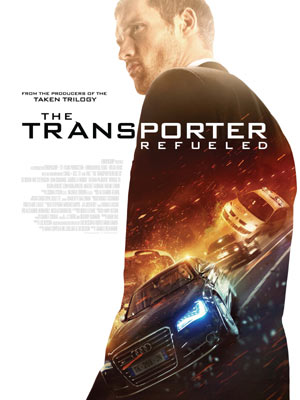