The Space Between Us

The Space Between Us Review

While the premise of this movie makes it look like a sci-fi adventure, the truth is that it's actually a young adult romance, like The Fault in Our Stars with E.T. overtones. The film may be watchable, but the script simply never bothers to develop anything. The science is wobbly, the romance is paper-thin, the sentimentality is off the charts, and the cheesy dialogue would completely defeat a less experienced cast. 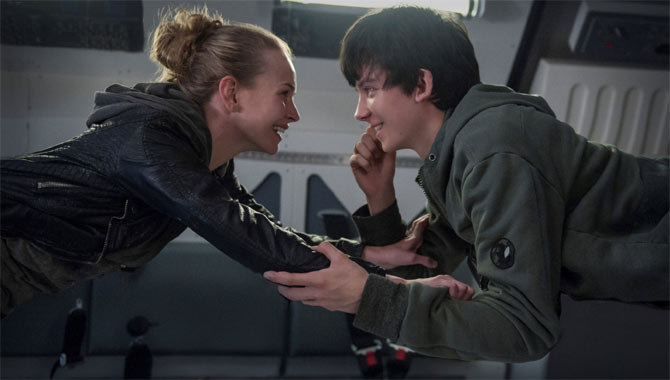 It opens with an extended prologue about the first manned mission to Mars and how, after the team arrives, Elliot (Asa Butterfield) was born to an astronaut who died in childbirth. Earth-based mission director Nathaniel (Gary Oldman) decides to keep his existence a secret, so he's raised by motherly science officer Kendra (Carla Gugino) and his robot best pal (voiced by director Peter Chelsom). When he turns 16, Nathaniel decides it's time for Elliot to visit Earth, not knowing that he has developed an online relationship with the tearaway teen Tulsa (Britt Robertson) in Colorado. So when he lands on Earth, Elliot escapes and teams up with Tulsa to search for his father. But Nathaniel and Kendra know that Elliot can't survive for long in Earth's gravity.

There's nothing about this film that's terribly convincing. Events are inexplicable, plot points are under-explained and the filmmakers oddly make no attempt to create a sense of advanced technology or style in 2034. The clothing and cars are distinctly 2016 vintage, and only the impractical clear-glass computer screens add an improbably futuristic tinge. Of course, the 12-year-olds this film was made for won't care about the details; they'll be caught up in the swoony romantic fantasy. Butterfield is a solid actor who can make even a character this thinly defined believable and likeable. His heavy-gravity physicality is nicely understated. And he sparks some chemistry with the high-energy Robertson. Meanwhile, Oldman and Gugino add a hint of gravitas in their thankless roles.

But no one has anything interesting to say, because the dialogue is little more than corny cliches and clunky plot exposition. Scenes constantly build to a revelation we figured out half an hour earlier. And the slick production style only makes the lapses in logic that much more glaring. That said, there's plenty here for fans of dimwitted teen love stories, from the cross-country road trip to the suggestion of impending tragedy. Director Chelsom somehow manages to generate a relaxed tone while keeping the plot racing past every plot hole, ignoring any hint of thematic meaning. Those looking for undemanding mushiness will probably love it.

Watch the trailer for The Space Between Us: 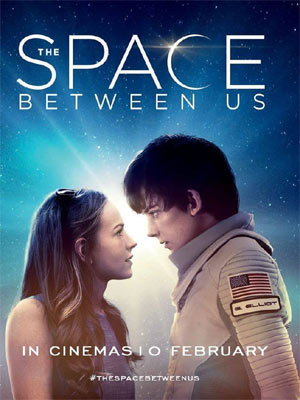