A badly under-developed script leaves a fine cast without much to do in this sequel to the 2012 hit. Reuniting in India, the actors find moments of comedy and emotion that help make the film watchable, and the big Bollywood-style finale leaves the audience with a smile on its face. But the simplistic plot-threads never amount to much at all, which leaves the project feeling like a missed opportunity to deepen the characters and push the premise in more interesting directions. 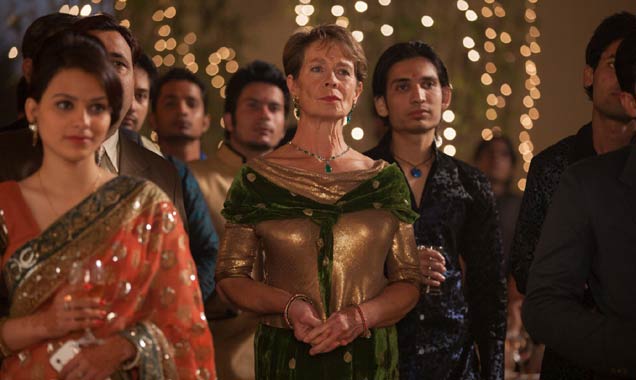 Business at the hotel in Jaipur is booming, so managers Sonny (Dev Patel) and Muriel (Maggie Smith) are looking for investors to expand into a second property. But this distracts Sonny from his upcoming wedding to Sunaina (Tena Desae), and she's not too happy about that. There are also two new guests (Richard Gere and Tamsin Grieg) who may be important. Meanwhile, Evelyn (Judi Dench) is offered a new job just as she realises she might like to pursue a relationship with Douglas (Bill Nighy), whose ex-wife (Penelope Wilton) turns up unexpectedly. Madge (Celia Imrie) is struggling to choose between her many suitors. And Norman and Carol (Ronald Pickup and Diana Hardcastle) are having relationship issues due to their lack of communication.

All of these momentous plots, and a few more, swirl around over the course of about a week, which means that none ever has a chance to develop. It also means that the characters are all so busy with their own stories that they don't interact very much, and what contact they do have feels rather contrived. As a result, the film feels like an awkward mix of disconnected slapstick, farce and melodrama. That said, these high-powered actors can hold together even the flimsiest scene. Dench and Nighy generate some lovely emotional resonance in their contrived storyline, while Smith finds some quiet pathos in Muriel's own journey, even if the filmmakers seem to have forgotten to hire someone to do her costumes, hair and make-up.

Much less effective is Imrie's predictable plot-strand, which drags out far beyond the point where it's possible to care. The likeable Patel gets the worst end of the stick, as Sonny does little besides flap around idiotically. And Gere and Grieg are stuck in storylines that have no where interesting to go. In other words, the film is essentially a case of a bunch of great actors with no material to work with, but they look like they're having fun in the gorgeously colourful Indian settings. And by the time it breaks out in song and dance at the end, the audience finally might have some fun as well.