The Duke of Burgundy

The Duke of Burgundy Review

With a 1970s style so florid that you can almost smell it, we're not surprised that there's a credit for perfume in this film's opening titles. This is another astonishingly sensual movie from British filmmaker Peter Strickland (see Katalin Varga and Berberian Sound Studio), mingling vivid sound and imagery with a story that can't help but get under the skin, even though it's utterly bonkers. Yes, the movie is simply that vivid and raw. 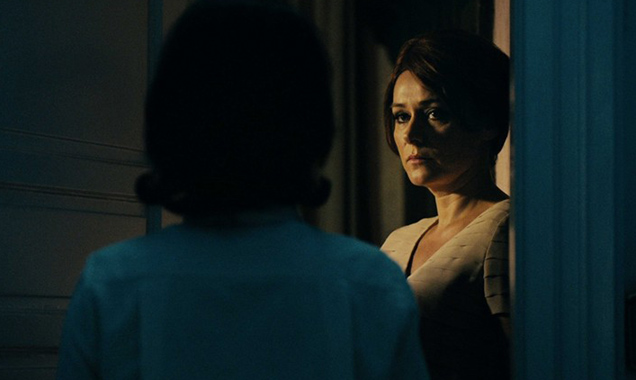 It's set in a parallel retro reality in which men don't seem to exist. Cynthia (Borgen's Sidse Babett Knudsen) is an expert on moths and butterflies who teaches at the local university and at home treats her maid Evelyn (Chiara D'Anna) with shockingly rudeness. Except that they're actually a couple in a roleplaying S&M relationship. And Evelyn is clearly the one in charge, asking to be punished in a variety of eyebrow-raising ways. But Cynthia is beginning to feel bad about hurting the woman she loves, so she changes the game. And this forces both women to truly explore what they want and need from each other.

For a movie styled after those trashy 1970s European lesbian romps, this film is remarkably easy to identify with. The sadomasochistic sex is both more transgressive and sexier than anything in Fifty Shades of Grey, and the emotions are also much deeper and more resonant. Everyone can identify with facing up to the expectations within a relationship, and the delicate balance as we try to maintain our own identity while bending to the needs of another person. Strickland has found a startlingly artistic way to express this idea that shocks us with its format while engaging us in a startlingly powerful way we don't quite see coming. And he infuses the film with a terrific undercurrent of hilariously dark humour.

Both Knudsen and D'Anna offer cleverly layered performances that let us glimpse the real person behind the facade. Waves of happiness and pain wash over them, along with their inner strength and intense affection for each other. And Strickland's direction is a technical marvel, mixing soft-focus lushness with razor-sharp textures, both in the intricate sound mix and in Nic Knowland's painterly cinematography. This is such a brilliant one-off that it's bound to become a classic among more adventurous moviegoers. Not only does it tantalise all of the senses and provoke us with some rather extreme ideas, but it properly grapples with issues we all know a bit too well.

The Duke of Burgundy Trailer