As with the first two films in this dumb but bombastically watchable franchise, writers Luc Besson and Robert Mark Kamen seemingly put no effort into writing a script that can even remotely hold water. This is such a boneheaded story that it boggles the mind, eliciting laughter every time it tries to show some emotion or menace. But watching Liam Neeson charge around on a personal mission, cleaning up the criminal underworld in the process, is still rather good fun. 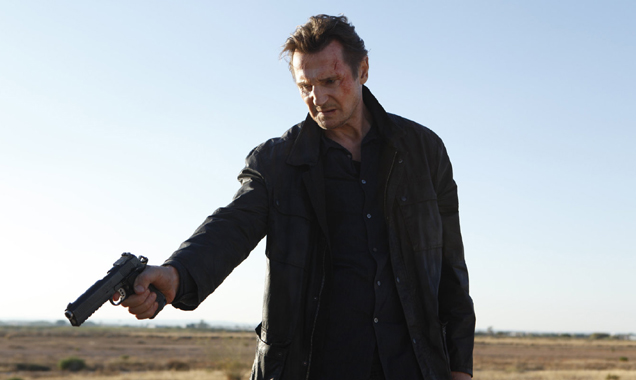 Back home in Los Angeles, former super-spy Bryan (Neeson) is trying to re-bond with his daughter Kim (Maggie Grace) while waiting for his ex-wife Lenore (Famke Janssen) to leave her sweaty but wealthy husband Stuart (Dougray Scott) and come back to him. But this dream is cut short in a twisted act of violence that leaves Bryan as the prime suspect. With Inspector Franck (Forest Whitaker) on his tail, Bryan traverses the city trying to unknot the mystery and find out who the real villain is, so he can clear his name and protect his family. With the help of an old pal (Leland Orser), Bryan manages to taunt and elude the cops at every turn while tracking down the nasty Russian mafioso Malankov (Sam Spruell). But something is clearly not right here.

Instead of centring on one far-fetched kidnapping, pretty much every character in the story gets "taken" at some point in the movie. The film benefits from this break in the formula, creating a relentless pursuit that runs right through the story. So even if the details never remotely ring true, and even if most scenes feel badly contrived, it's thoroughly entertaining to watch Neeson's stand-in stuntman leap across backyard fences or drive like a maniac on the freeway, causing mass carnage in his wake. Sadly, director Olivier Megaton directs and edits the film by chopping scenes into splinters, then reassembling them so they make no sense at all. It's loud and fast and incomprehensible.

But it's the laughably simplistic script that ultimately sinks the film. Whitaker does the best at injecting his dialogue with some sardonic disbelief, and of course Neeson makes up for his dodgy lines by growling them menacingly. But everything about this film feels lazy, as if it was thrown together in a weekend. Viewers looking for mindless entertainment will get exactly what they want from this brisk, deafening, inane mess. And they may get a few laughs along the way. So if you wonder why everyone keeps talking about bagels throughout the movie, remember that nothing happens in a Besson/Kamen movie for no reason at all.