One of the most extraordinary films of the year, this drama cleverly weaves in events from the news headlines to tell a raw, deeply involving story that's unnervingly personal. Irish director Lenny Abrahamson and writer Emma Donoghue bring these events to life with uncanny skill, using a young child's perspective to give it an extra-strong kick. And Brie Larson's central performance is so powerful that she's become the one to beat on Oscar night. 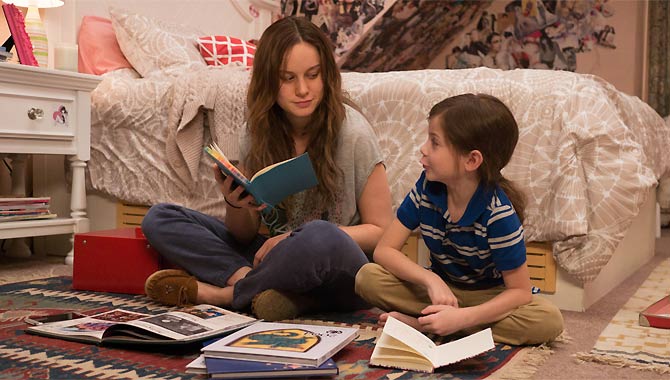 She plays Joy, a young woman who was abducted at 17 by a man she only knows as Old Nick (Sean Bridgers). The story opens as her son Jack (Jacob Tremblay) celebrates his fifth birthday in the single room where he was born and has spent his entire life. There isn't even a window to look out of so, to help him cope, Joy explains that there is no life outside the room, and everything they see on television is fake. She also gets Jack to hide whenever Nick visits, so they can't develop any kind of relationship. But as he grows up, Jack's curiosity demands more answers, and Joy finally decides to tell him the truth in the hope that he can help them escape.

Its halfway into the film when Jack's world is suddenly opened up around him in a rescue sequence that's exhilarating, terrifying and literally breathtaking. And from here, the film gets even more punchy, as Joy and Jack struggle to adapt to life in what seems like an alien landscape. Joy's parents (the great Joan Allen and William H. Macy) have split up, and her mother has a new partner (Tom McCamus), and their reunion is watched closely by the media, police and psychologists. All of this is seen through Jack's curious, observant eyes. Everyone is worried about him, but he perceptively notices that his mother is having even more trouble coping than he is.

Both Larson and Tremblay deliver performances that are startlingly transparent, continually offering insight into their unusual relationship. Abrahamson directs this beautifully, sharply capturing the inner feelings of the characters through clever camera work and editing, while Donoghue's script is unafraid to let important details be expressed through the actors' expressive faces rather than wordy explanations. And as it goes along, it forces us to internalise every news story we've ever read about a child kidnapping, from Fritzl in Austria to Castro in Ohio. Not only does it help us understand the resilience of the human spirit, but hopefully it will also remind the press to stop hounding the victims.

Watch the trailer for Room here: