With his feature debut, young Australian filmmaker Ariel Kleiman tells a creepy story about a cult-like commune, anchored by a riveting performance from French actor Vincent Cassel. Set in an eerily worn-out landscape (it was filmed in the Republic of Georgia), this is a story about isolation and power. And while the demands of the plot sometimes feel rather distracting, it's the kind of movie that gets under the skin. 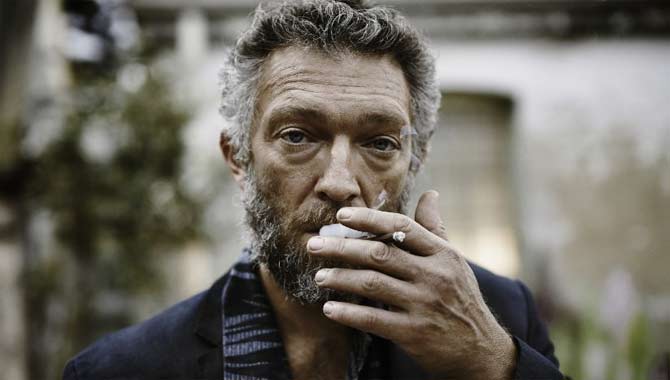 Cassel plays Gregori, the patriarch of a closed community of women and the children he has fathered by them. His star son is Alexander (Jeremy Chabriel), whose sensitive mother Susanna (Florence Mezzara) quietly does as she's told. Alexander was born here, so rebelling against his father has always been unthinkable. But as he approaches his teen years, he is starting to question Gregori's authority, especially after he observes new boy Leo (Alex Balaganskiy) and his helpless mother (Rosa Voto) run afoul of Gregori's carefully laid-out rules. So Alexander gets the courage to speak his mind. And no one is prepared for what happens.

Writer-director Kleiman creates a terrific atmosphere, with an offhanded, almost documentary-like approach that makes it feel like no one on-screen is acting. He also infuses this extended family's life with happy energy and an undercurrent of growing danger. In other words, the story is told through Alexander's observant eyes. At first, he doesn't question the jolly paintball gun games the children play in the commune, then enact in more realistic ways on trips into the surrounding towns. Watching Alexander's will begin to clash with Gregori's is fascinating, and it's beautifully played by both Chabriel and Cassel as a quiet power struggle. Chabriel is simply terrific, oozing curiosity and intelligence in every scene while bravely squaring off against the hugely charismatic Cassel.

As the story progresses, the film's almost shockingly realistic tone begins to slip very slightly, mainly because there's the creeping sense that a big plot is coming into focus. These events are rather too pointed and forced, pushing the story forward in ways that don't feel very natural. But this also allows Cassel to reveal further details of Gregori's nature, and for Chabriel to beautifully portray the journey of a boy discovering for the first time that his beloved father might not be infallible. And there are even more interesting implications in the wider exploration of society at large, as the film peels back the nature of tyranny, resistance and, most importantly, the idea of a personal morality.