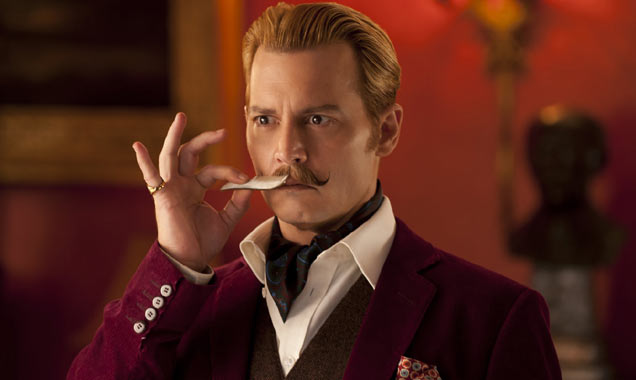 Depp may have his moments as the ridiculous Mortdecai, mainly in brief glimpses of his pathetic self-awareness, and Paltrow at least is sharp and sexy (making the most of an overused running gag about Charlie's ridiculous moustache). Bettany's casting as a libidinous thug is a bold move that doesn't quite pay off: he's funny but never remotely convincing. But then nothing in the film is convincing, even within its own nutty logic. Still, these wacky characters might have been entertaining if Koepp had managed to strike a balance between the silliness and the mystery. But the plot and characters are thin and predictable, the set pieces unfurl without pay-offs, and the promised intrigue never materialises. So only a few flashes of playful wit suggest what this might have been.