One of the most jaw-dropping movies in recent years, this blackly comical drama is the most audacious work yet from Canadian filmmaker Xavier Dolan. It's also the 25-year-old's fifth film, after I Killed My Mother, Heartbeats, Laurence Anyway, Tom at the Farm, all of which have won various awards (including Mommy, which received the 2014 Cannes Jury Prize). But even for the ambitious Dolan, this is seriously full-on, an adrenaline rush of a movie that leaves us feeling fully alive. 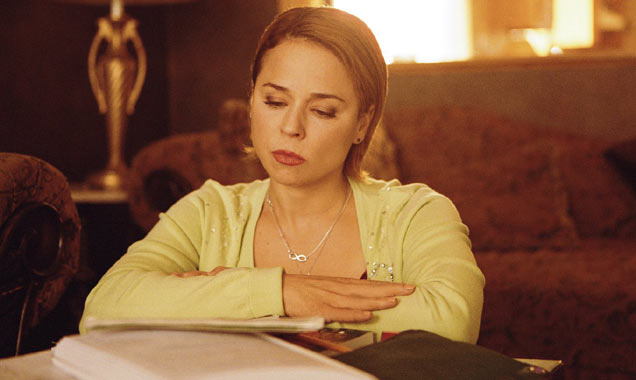 The film opens as toughened survivor Diana (Anne Dorval) agrees to let her 15-year-old tearaway son Steve (Antoine-Olivier Pilon) move back home after a stint in mental-institute lockdown. He may be violent and uncontrollably hyperactive, but she can't bear to see him transferred to an adult facility. On arriving home, this strong-willed mother and son immediately lock horns. And Diana isn't sure how to cope, although she gets some assistance from two neighbours: Paul (Patrick Huard) is clearly in love with Diana and offers to help her sort out Steve's legal problems, while the darkly troubled Kyla (Suzanne Clement) has a surprising calming effect on Steve. Together, these four people are a very fragile makeshift family.

With his script and direction, Dolan ramps up the intensity right from the start, allowing the characters to scream violently at each other in ways that cleverly display their underlying affection. It's an uncanny trick that's augmented by artfully brilliant cinematography that starts out in a square box then broadens out across the screen to reflect the mor ehopeful mood shifts. Dolan also deploys music in a fiercely inventive way that underlines the emotional resonance (although there's a strange gap where a proper song feels like it's missing from the final-act montage). Every scene is so finely constructed that the emotions explode from the screen, forcing the audience to brace itself for whatever comes next.

The performances are utterly electric, most notably from the fearless Dorval and Pilon, whose characters are staggeringly complex and remarkably likeable even when they do horrible things to each other. Clement's role is just as strong, but her approach is effectively timid and internalised as Kyla grapples with her own issues through her unusual connection to Steve. With fiery dialogue and a rapid-fire onslaught of nervous laughter and wrenching emotion, the film sometimes feels exhausting. But it's also utterly exhilarating, especially as it offers insight into the relentless pull of family ties and the truth that sometimes real love requires us to make painful decisions.