Watching this staggeringly well-made Russian drama is like reading a great novel: it leaves you feeling changed at the end. With echoes of the Book of Job, the rich, complex story is packed with vivid characters and pungent themes that explore the impact of political and religious power on society. As the plot twists and the ideas expand, the characters become even more engaging, and the film is gorgeously shot in a place that feels like it could be just about anywhere. 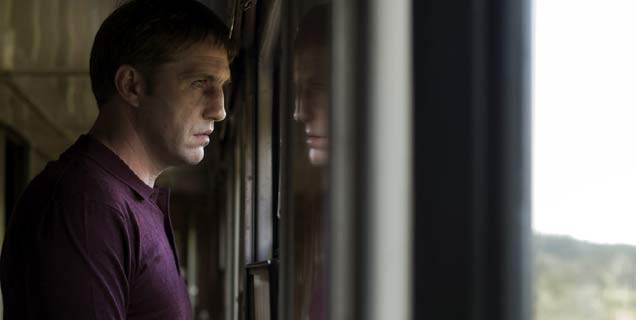 It's actually northwest Russia, where Kolya (Aleksey Serebryakov) has built his home overlooking the waterways of a close-knit fishing village that has seen better days. He lives in the house with his surly teen son Roma (Sergey Pokhodaev) and his younger second wife Lilya (Elena Lyadova), and none of them are willing to accept a compulsory purchase order from city hall for their property. The local mayor Vadim (Roman Madyanov) has so much power that he can do whatever he wants, so Kolya asks for help from his old military buddy Dima (Vladimir Vdovichenkov), now a hotshot lawyer in Moscow. When the case turns sour, Dima has a secret weapon in a file of incriminating dirt about Vadim. But nothing goes as expected for any of these people.

The brilliantly crafted screenplay continually shifts the ground for everyone, from legal issues to personal liaisons, all fuelled by the constant consumption of vodka. At one point, Kolya takes Dima and his family along on a picnic in the countryside with some friends who use portraits of past Russian leaders as target practice and think nothing of downing a few bottles of vodka before driving home. The joke is that it's not so easy to escape the influence of power, and there's always a bigger fish. Yes, the title refers to the mythical undersea beast from the Bible, but it's also the title of Hobbes' classic essay about how the twin powers of the Church and State are meant to protect society, not exploit it.

These themes resonate far beyond Russian society, as anyone who lives in a culture that calls itself free and fair understands that justice is often tied to money. But filmmaker Andrey Zvyagintsev lets all of this swell up beneath a story that never has a false moment. While cleverly leaving key events off-screen for maximum impact, Zvyagintsev grips the audience with every scene. These are people we recognise as ourselves, played with a razor-sharp authenticity that's powerfully compelling. And in the end, we understand that remaining silent about any abuse of power is the real danger.