A simple approach carries a strong emotional wallop in this sensitive documentary by French filmmaker Sebastian Lifshitz. It's not much more than a series of observational interviews with a group of retirement-age men and women, but their stories of living through decades of prejudice are raw and involving. And they tell us a lot more about Western society than we expect. 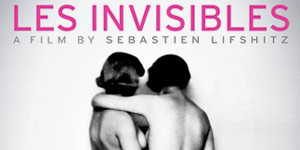 Lifshitz's cameras visit 10 people on their farms, in city libraries, herding goats and revisiting their old family homes. All of them are homosexual, and they discuss their childhoods, coming to terms with their inner desires and their first experiences. But the film's main focus is on how they responded to living in a society in which everything led them to heterosexuality while telling them that being gay was unnatural and dirty. Many of them were married and had children before they were able to admit the truth about themselves.

By avoiding overt political commentary and expert opinions, the film keeps the topic refreshingly personal. Some of these colourful people talk about their painful childhoods, crying with frustration over their internal yearnings. Others speak of being defiant from the start. Monique says simply, "It's engraved on my DNA; it's not a choice. How can a girl love a boy? That never made sense to me! Either everything is normal or nothing is." Many of them participated in the French gay liberation movement of the 1970s, even though being gay was considered a psychological disorder until 1981.

All of this is filmed in a relaxed, intimate style that allows us to get to know these people, laugh at their jokes and feel both their pain and their joy. And it's illustrated with marvellous old photos and archive footage, including clips from a hilarious vintage British film about a gay Paris nightclub. Along the way, the film quietly documents the endemic prejudice of the 50s, 60s and 70s along with the ways people fought against the system. It also highlights how true compassion conquers traditional bigotry and extreme religious views. And by taking such warmly involving approach, Lifshitz also offers hope for a more humane future.