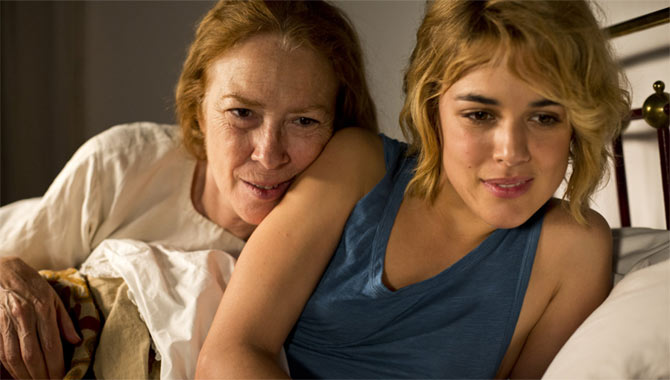 Julieta's relationships are all complicated, so making sense of them isn't easy. Her parents, lovers, friends and daughter both challenge and enrich her, bringing their issues into her life and vice versa. And as Almodovar creates an almost Hitchcockian wave of intrigue with the plot, the film grabs hold of the audience. It also feels a little elusive, as if we're being kept just on the edge of the story, which only adds to the idea that our past experiences linger throughout our lives, and how we deal with them affects everyone around us. With his inventive filmmaking, Almodovar is reminding us that, while we must make our decisions and live with them, we are never as alone as we think we are.

Watch the trailer for Julieta: