It's Only the End of the World

It's Only the End of the World Review

At just 27 years old, Canadian filmmaker Xavier Dolan has an almost overwhelming set of accolades alongside his name. All six of his feature films have won major awards, including this one, which like several others tackles a dysfunctional family with style, humour and unflinching nastiness. This one also features a stellar cast at the top of their game, and a situation that's almost painfully easy to identify with. 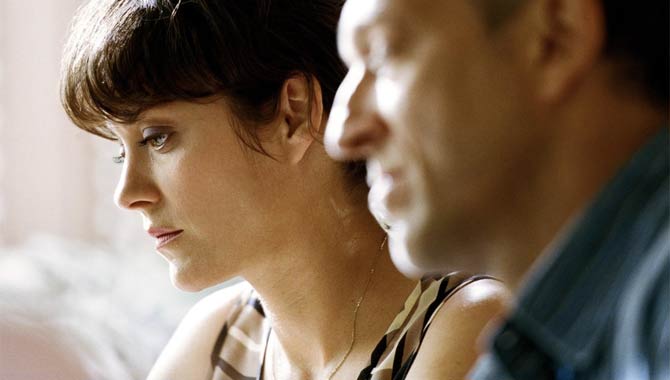 It opens as Louis (Gaspard Ulliel) arrives at his rural family home for the first time in 12 years to tell his family that he's dying. But he finds it difficult to get the words out. His mother Martine (Nathalie Baye) is chirpy and excited, his older brother Antoine (Vincent Cassel) challenges everything everyone says, and their younger sister Suzanne (Lea Seydoux) is curious to learn more about this brother she never really knew. And then there's Antoine's eerily patient wife Catherine (Marion Cotillard), who quietly observes everything until she understands what Louis is struggling to tell everyone, long before he can say it out loud.

Yes, this is an exploration of how awkward it is to go home again, falling back into old patterns of behaviour that make it very difficult to be yourself and say what needs to be said. And also how hard it is to understand the experiences and lifestyle of people we were once very close to who have moved on. The film is based on a play by Jean-Luc Lagarce, which is apparent in its closed-in location and the series of pointed conversations. And Dolan opens this out cleverly, using visually stunning camerawork that continually isolates the characters' inner thoughts and feelings in contrast to their outer actions. In other words, it's immediately clear why Louis left these people behind.

The actors are all excellent, adding angles to these people that continually take the audience aback. Ulliel is superb as the outsider (who was once an insider) struggling to reconnect with his family. So it's not surprising that he gets on best with his sister-in-law, played by Cotillard with barely suppressed emotion. And Cassel cleverly reveals that Antoine's aggression is a mask. Yes, all of this is rather talky and pointed, but it's so expertly assembled that there's no way we can look away from the screen. And every scene is underscored with an honest, moving resonance that ultimately takes the breath away. It's the kind of film that's hard to shake, especially if you've ever tried to distance yourself from your loved ones.