After two striking British dramas (Last Resort and My Summer of Love) and a clever French mystery (The Woman in the Fifth), filmmaker Pawel Pawlikowski returns home to Poland to tell a simple story that bursts with deeper meaning. It's a minor masterpiece, shot in pristine black and white in striking locations, anchored by provocative themes and beautifully textured acting. As it explores themes of history and faith, the film grabs hold of the audience in often startlingly resonant ways. 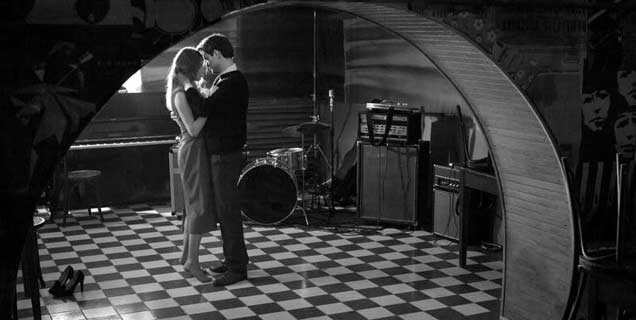 It's set in the early 1960s, as the young novice Anna (Agata Trzebuchowska) comes of age in the isolated countryside convent where she was raised since early childhood. Her mother superior (Halina Skoczynska) tells her that she needs to learn about her past before she can take the vows to become a nun, so Anna heads off to find her only living relative, Aunt Wanda (Agata Kulesza). The first thing Anna discovers is that her real name is Ida and her parents were actually Jewish. Since Wanda never knew how they died, shea agrees to travel with Anna to the family's village to try and get some answers. But the local father-and-son farmers (Jerzy Trela and Adam Szyszkowski) are oddly reluctant to tell them the whole story.

Yes, Pawlikowski is exploring his nation's complex history, a complicated swirl of personal responsibility entangled with politics and religion. Anna's own story relates back to the days when Nazis overran Poland, and the Jewish baby Ida became the Catholic Anna to protect her from the concentration camps. But learning all of this makes Anna question what she should believe: the faith of her parents or the one she was taught in the convent? Meanwhile, Wanda has her own difficult past to deal with. As a former judge who helped prosecute criminals from the Soviet occupation, she's just as troubled by what she has always believed to be the truth.

The film cleverly draws out the differences and similarities between these two women. Trzebuchowska is outwardly serene as Anna, but brings out her powerful internal struggle with steely grace. Kulesza has the much more colourful role as the unsentimental Wanda, but reveals her darker side with real insight. Both of these women have made huge sacrifices that they need to face up to. So as they confront each moment of truth, the film is simply heart-stopping. It's also directed and filmed in a way that makes it feel like a timeless classic, gripping both as an unfolding mystery and as an inspirational exploration of the importance of accepting the truth, no matter how scary that might be.