How to Be Single

How to Be Single Review

There isn't much originality in this rude female-led comedy, but its observations on single life are a nicely updated twist on the Sex and the City formula. The film is also often very funny, keeping the energy levels high while refusing to go down the usual narrative route in each of the loosely intertwined plot-strands. 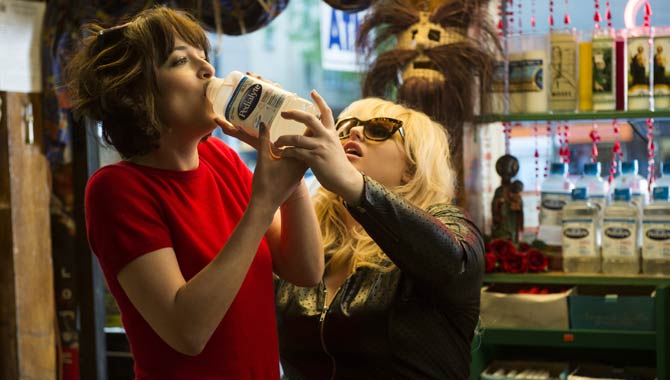 It's set in New York, of course, where Alice (Dakota Johnson) is newly single and starting a new job. Her colleague Robin (Rebel Wilson) takes her under her wing, teaching her how to be single in the big city. Alice's sister Meg (Leslie Mann) is a maternity doctor who's suddenly feeling the need to have a child of her own. Then just as she becomes pregnant using a sperm bank, she meets the outrageously charming Ken (Jake Lacy), who she thinks might be too young for her. Meanwhile, Alice's neighbour Lucy (Alison Brie) is flirting with the womanising local barman Tom (Anders Holm) as she looks for her perfect man.

Yes, this is another movie in which women define themselves by their aching need for a man. This kind of undermines the "you have to be happy on your own" message, although at least the three main romantic-comedy plots don't fit into the usual cliched structure. The film is packed with frank, girly conversations, exploring how it feels to be single in a society in which coupling up is seen as the ultimate goal. So while commenting on every possible aspect of sex and relationships, the script also tries to say that it's perfectly fine to remain happily unattached. Thankfully, the cast is grounded enough to balance the comedy and romance in realistic situations. Johnson, Brie and Mann all deliver funny, revealing performances as smart women who make silly decisions. Wilson, by contrast, is mere comic relief in the same role she always plays.

All of these actresses have terrific chemistry with the various charming men who move in and out of their plot-threads. While each strand seems to be headed down the traditional rom-com route, there are detours along the way, as well as some surprises in how everything plays out. But by focussing on romance, the script undermines its message that it's fine to be single. And by spreading the action around between four main characters, the film also never says anything terribly memorable. But it's a sharply well-played comedy that keeps the audience laughing and sighing as it goes. And it may puncture a few romantic fantasies along the way.

Watch the trailer for How To Be Single here: