This film recounts such a great true story that we don't mind the fact that it's all a bit too warm and polished, or that it kind of ignores its side characters. The central events, which took place more than 55 years ago, touch on big issues that have a strong present-day relevance. And the acting is excellent from a gifted ensemble cast. So even if the filmmaking isn't very complex, the themes resonate strongly. 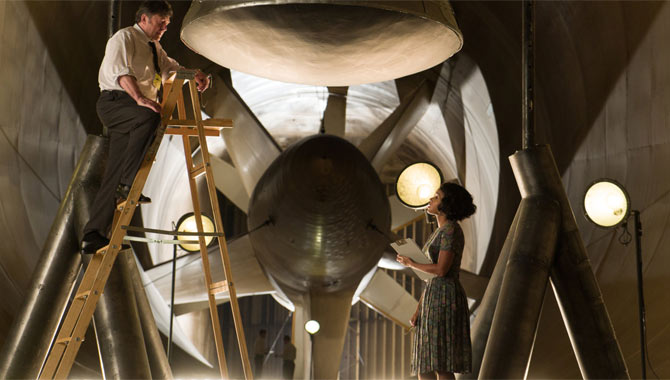 It's set in 1961 Virginia, where Nasa is losing the space race to the Russians. To get things moving, programme director Al (Kevin Costner) turns to Katherine (Taraji P. Henson), a mathematician who works with the black women in the "colored computer" room downstairs. In Mission Control, she proves her value as an ace number cruncher. Meanwhile, engineer Mary (Janelle Monae) struggles in a system that ignores her contributions, while Dorothy (Octavia Spencer) has been passed over for promotion despite the fact that she's the only person who can make any sense of the new computer system. So as the entire facility works to get a man into space, it's doubtful that the leaders will see that these women are vital to the project.

The fact that this story is so little-known kind of answers that question. But the film never takes a political approach, instead finding the humanity in the situation. Gentle humour abounds in the interaction between characters, and even the racial insults (such as requiring Katherine to sprint through the rain to use a designated restroom) are played for chuckles. Meanwhile, the script offers slight glances at their personal lives: Katherine is a single mother with three smart daughters and a sweet romantic interest (Mahershala Ali), and Mary's preacher husband (Aldis Hodge) helps her fight for the right to study in an all-white college. Spencer's Dorothy doesn't really get a subplot, but then she's the movie's scene-stealer, so she doesn't really need one.

All of this feels rather dramatised for the movie script, but the central story is so compelling and the characters so vivid that it still grabs hold. An unnecessarily sniffy villainous role for Jim Parsons and the waste of Kirsten Dunst (as a Nasa employee) are the film's only real flaws, and they're easy to overlook. Director Melfi punctuates the story with actual newsreel footage which cleverly evokes the time period, and all of the actors get a chance to shine in their roles. So by the end, this becomes a hugely engaging, as well as important and inspiring, story of three women who bucked a bigoted system to change the world.

Watch the trailer for Hidden Figures: