While highlighting the messier side of human interaction, this Norwegian black comedy blends snappy wit and romantic farce to keep us entertained even when things get rather dark. A prize-winner at Sundance, the film features realistic, likeable people in a strikingly isolated winter location that pushes them into both revealing hidden secrets and confronting truths about themselves. It's an unexpected little gem of a film. 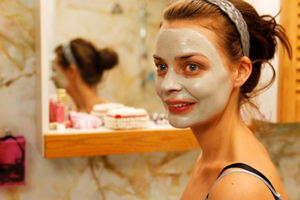 It centres on Danish couple Sigve and Elisabeth (Henrik Rafaelsen and Saerens) who, to rescue their troubled marriage, move with their adopted Ethiopian son Noa (Ebedy) to a farmhouse in rural Norway. They soon meet their chirpy, optimistic neighbour/landlord Kaja (Kittelsen), who sees them as exciting, liberal-minded world travellers who can spice up her life. So she immediately starts flirting with Sigve. But Kaja's quietly distant husband Eirik (Joachim Rafaelson) is also intrigued, because Sigve sparks his repressed sexuality. Meanwhile, their precocious son Theodor (Brandso) is fascinated by Noa's ethnicity.

Only in Scandinavia could such a farcical situation be tinged with a darkly deranged sense of humour and some very intense emotional resonance. As Kaja and Sigve begin to have a giggly affair, the fallout for Elisabeth and Eirik could be cataclysmic. And it's unnerving to see Theodor playing with Noa as if he were a slave of the empire, even though he does it in a way that's disarmingly innocent. While the set-up lends itself to slapstick comedy, where the story goes is intriguingly unpredictable. And it's beautifully shot to capture the locations, plus several effective gospel music performances.

It helps that the filmmakers never shy away from the story's sharper edges, fully revealing the pain even in clearly absurd situations. And the cast is terrific at finding the likeable humanity in every comical encounter, while never letting the serious scenes boil over into melodrama. They always getting a smile or laugh from us, even if it's a nervous one. It's rare to find a film that acknowledges that love can be messy and difficult. And that real honesty is the only way it can work.