A bracingly fresh approach to the coming-of-age genre, this French drama gives remarkable insight into its central character through detailed observation rather than overt plotting or dialogue. Filmmaker Celine Sciamma has experience in looking at young girls who are grappling with their own conflicting desires (see Water Lilies and Tomboy), and this film is so beautifully made that it's often exhilarating. 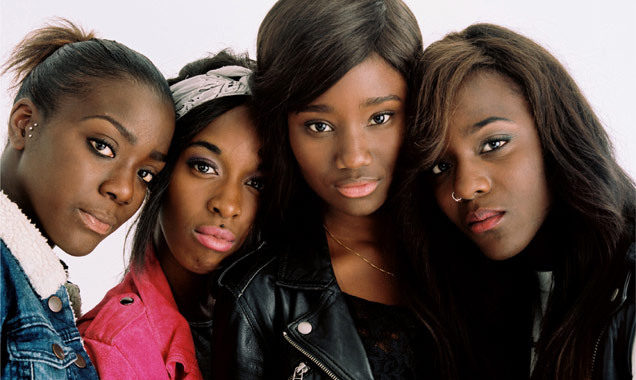 Set in a rough housing estate on the edge of Paris, the focal character is Marieme (Karidja Toure), a smart 16-year-old who hasn't taken her schoolwork seriously enough. Shocked that she has botched her chance to go to college, she struggles to develop another dream to get out of her grim life protecting her little sister (Simina Soumare) from her aggressive older brother (Cyril Mendy). Then she meets three girls (Assa Sylla, Lindsay Karamoh and Marietou Toure) who are looking for a replacement for the fourth member of their gang. Thrilled to feel like she finally belongs somewhere, she joins in wholeheartedly, discovering the importance of sticking up for her new friends while gaining a sense of confidence. But she also clearly understands that this can't last forever.

Toure is magnetic on screen, a fierce presence as a young woman who is deeply insecure and yet beginning to understand her inner strength. She even adopts the name "Vic", for victory, although she's not so sure she believes it yet. Toure conveys Vic's inner fire with the subtlest hints: straightening her back, narrowing her eyes, squaring her jaw. This is how we know that she is dealing with something much deeper than the issues surrounding joining a gang. Her selflessness in protecting her sister is darkly inspiring, and the film's centrepiece scene is unforgettable: as she joins her new friends to steal some glamorous outfits and then play dress-up in a hotel room, where they "shine bright ... like diamonds in the sky," as they sing along with Rihanna.

Sciamma's achievement here is to resist every obvious coming-of-age moment while still giving the audience a staggeringly honest look into Vic's soul. There are moments of shocking violence, dark emotion and, above all, the realisation that she's not what anyone around her expects her to be. The question is whether she is willing to do the hardest thing of all: to live her life on her own terms instead of merely going with one of the herds. And by telling her story with such insight and sensitivity, Sciamma makes it impossible for anyone in the audience to miss the point.