Leave it to a comedian to make one of the scariest movies in recent memory. Jordan Peele moves into writing and directing with this offbeat comedy, a fresh and fiendishly smart story with engaging characters and provocative themes. It's a combination of a knowing issue-based drama, lively romantic comedy and unhinged horror that hits all of its targets with precision. And it keeps us gleefully entertained with its escalating terror. 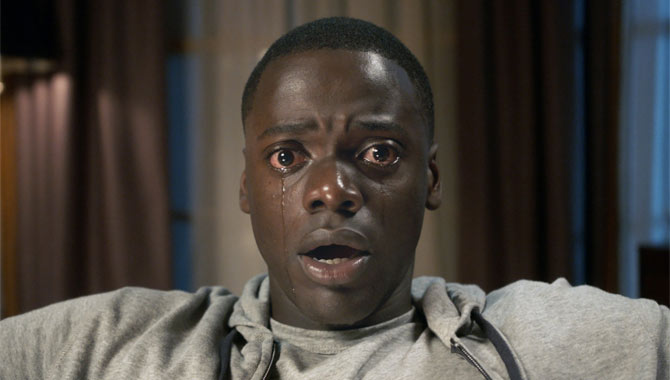 The story centres on Chris (Sicario's Daniel Kaluuya), whose girlfriend Rose (Girls' Allison Williams) invites him home for a weekend to meet her parents Missy and Dean (Catherine Keener and Bradley Whitford). Rose assures Chris that they're so liberal that they won't mind at all that he's black. But things don't feel quite right from the start. For one thing, there are two creepy servants (Betty Gabriel and Marcus Henderson) who seem to be lurking everywhere. And Rose's brother Jeremy (Caleb Landry Jones) revels in stirring up problems. As things get increasingly freaky, Chris calls his best friend Rod (Lil Rel Howery), an airport security officer back in New York, for advice. Then things take an even more bizarre turn when Missy and Dean's friends arrive for an annual party.

Peele begins to play with the audience right from the start, using Michael Abels' disorienting music and Toby Oliver's quirky camerawork to maximum effect. Often this involves pushing us far too close to a character whose behaviour is just a bit off. Every moment is undercut with humour, including awkward moments and snappy gags that serve as a relief valve even as they set us up for something scary. It's such clever filmmaking that we have little choice but to sit back and enjoy the ride. And woven through all of this is an inventive and lacerating exploration of attitudes toward race in American society.

All of the actors get the tone just right, balancing the comedy and drama while dropping in layers of intrigue. Kaluuya is a particularly likeable, sympathetic protagonist, while Keener gets the scene-stealing role as a smiling, psychiatric hypnotist and Howery provides the badly needed comic relief. Each character and story element is balanced to pull the audience in and then jolt us out of our socks. Peele has a lot of fun with this, referencing classic scary movies, playing with stereotypes, manipulating our expectations and keeping us right on the edge all the way through. He also proves that you don't need cheap scares when smart ones are much more effective.

Watch the trailer for Get Out: