With unnerving subtlety, this acclaimed Swedish drama takes a startlingly honest look at the underlying fragility of family connections. Pivoting around a split-second of panic, the film mixes earthy honesty and wrenching emotions to explore the pressure of gender roles. It's strikingly well-shot and played with unusual openness by a solid cast. And it's such a razor sharp depiction that it can't help but chill the audience to the bone. 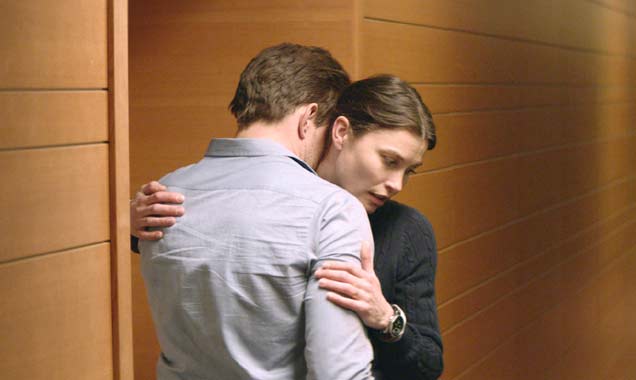 The events unfold in the French Alps, as a Swedish family enjoys a skiing holiday amid spectacular mountain peaks and freshly fallen snow. Then one morning while having breakfast on an outdoor terrace enjoying the view, a controlled avalanche surges far too close for comfort. When the snowy powder settles, it becomes clear that the parents had very different reactions in that moment of fear: Tomas (Johannes Bah Kuhnke) dropped everything and ran, while Ebba (Lisa Loven Kongsli) tried to protect their children Vera and Harry (real siblings Clara and Vincent Wettergren). Suddenly there's a fissure in their relationship, and neither Tomas nor Ebba can cope with the implications, privately beginning to wonder whether their marriage can survive the rest of the week.

Filmmaker Ostlund (Play) explores this heart-stopping event with remarkable complexity, continually shifting the audience's sympathies. Should Tomas be written off for a moment of blind panic? Can Ebba trust him to be there for her and the children when they need him? And as the plot develops, things only become stickier. First, the kids begin acting out as they sense their world is starting to shake. Then Tomas and Ebba turn to their friends (Kristofer Hivju, Fanni Metelius and Karin Myernberg Faber) for advice and support, but only find that things are crumbling further. On the other hand, perhaps if they can find a way to be open with each other there may be some hope yet.

At its core, the film is a morality play that forces the audience to grapple with the issues along with the characters. The superb actors beautifully play smart, intelligent people who are rattled to discover themselves being consumed by doubt. Ostlund shoots scenes in long, unblinking takes that constantly bring gurgling emotions to the surface, finding bleak humour in intense conversations while making clear parallels between the relationships and the icy, foggy weather outside. But the most pungent aspect of the film is the way it notes the tiny cracks in all marriages, and the fact that it might not take much to destabilise even the most rock-solid relationship. So who we identify with in this film tells us more about ourselves than we expect.