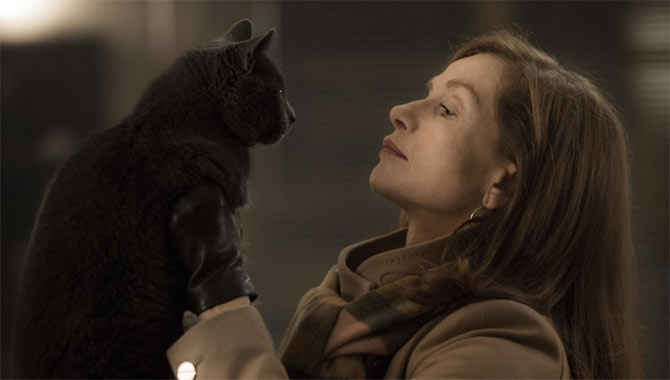 All of this is directed by Verhoeven and written by David Birke with a continual sense that anything might happen next. Scenes are filled with innuendo and jagged humour. And Michele's past is cleverly woven in to provide a striking statement about society's gossipy obsession with grisly news stories (her father's crime became a sensationalistic movie that's regularly shown on TV). All of this makes the film wildly entertaining, touching on bigger issues as its plot gets increasingly crazed. Michele's Christmas dinner is one of the most outrageous scenes in cinema this year. And as the story spirals to its twisted final scenes, the film leaves us feeling like we've just taken a gleefully nasty roller-coaster ride.