With its simple observational style, this documentary shows how one woman is having a significant impact on her community by reaching out with compassion to people who are usually charged with criminality. And Brenda Myers-Powell has the authority to do this because she's been there herself. Without ever pushing the point, the film quietly reveals that taking a positive approach to some of society's most troubling issues can help people in ways prison simply never can. 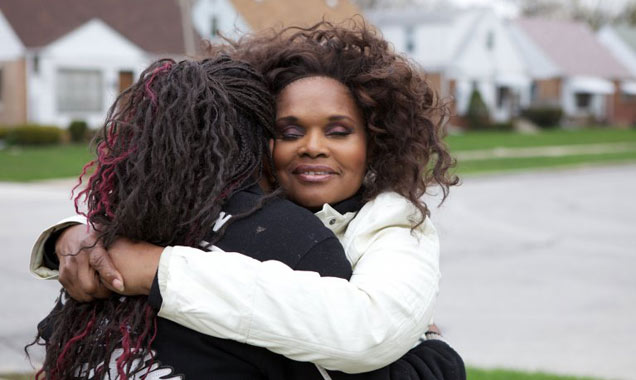 Brenda was abused as a toddler and began working as a prostitute when she was just a teen.After descending into drug addiction, she was almost killed by her pimp. So she decided to change her life and help other women escape the spiral of abuse and degradation. Instead of pressuring them, her method is to simply befriend them, offering a listening ear and a warm hug. And she only takes action when they ask for her help to get out of the game. She also visits schools, talking to girls who are at risk of going down the same path she travelled. And the teens listen to her because she talks openly about issues she knows about because she's lived through them.

British filmmaker Kim Longinotto follows Brenda closely, catching her conversations with a variety of young women who all have very strong personalities. They also have a range of experiences that Myers-Powell can easily identify with, including pregnant hooker Marie, who thinks she's in control of her life until she eventually turns to Brenda for assistance in getting off the streets. Homer is an engaging ex-pimp who travels to events with Brenda to offer the male perspective. Closer to home, Brenda's sister-in-law Melody is in an abusive relationship and has allowed Brenda and her husband to adopt her son. And offering striking evidence of how Brenda is breaking the cycle, her daughter Ruth (born when Brenda was 16) is now a psychologist.

The film shows all of this in such a matter-of-fact style that it's impossible not to understand that Brenda's approach in her own South Chicago community could be replicated pretty much anywhere on earth, even on much larger scales. Walking alongside someone to help them turn a corner in their life is much more effective than incarcerating them. And as Brenda's own life attests, it can also lead to a possible restoration of relationships that were broken by criminality and addiction. Yes, Brenda is a shining star, and this documentary really needs to be seen by anyone who cares about finding more effective ways to help people in need.