For what's clearly trying to be a bad-mannered sex comedy, there's nothing particularly rude or funny here. This is mainly because the central character is both unlikeable and hard to believe. And also because this British movie reveals its moralistic intentions as the story develops from one contrived scene to the next. Thanks to the cast there are moments of wit here and there, but all of them are undermined by the uneven tone. 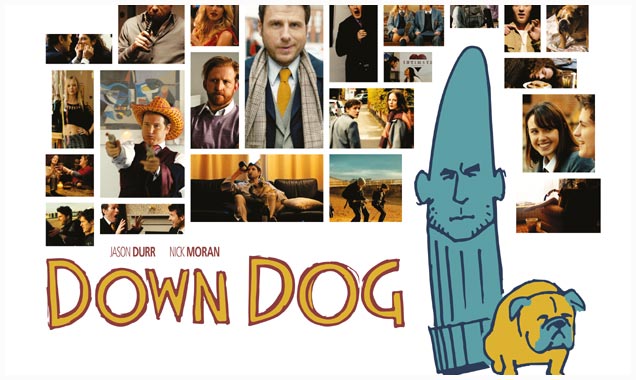 At the centre of the mayhem is Frank (Jason Durr), who runs a sex-toy company with his pal Bill (Nick Moran). Business is good, and life is a series of drunken parties populated with curvy women. Fed up with his refusal to grow up, Frank's estranged wife Rachel (Orla O'Rourke) talks their doctor into giving Frank a fake diagnosis to shake him up. Now believing that he has a fatal heart condition, Frank suddenly decides that he needs to get his life in order, clean up his professional life and bond with his 15-year-old son Sam (Dylan Llewellyn) on a series of days out. He also decides to help Sam get the girl (Poppy Drayton) he has his eye on.

The most annoying thing about this underdeveloped script is the way it portrays Frank as such an idiot that he never asks a single pertinent question about his condition, including treatment options and a second opinion. And yet Frank upends everything in an effort to change. This is so ludicrously implausible that it highlights the other contrivances in the script, most pointedly how Bill has managed to create such a successful company when he knows absolutely nothing about women or sex. None of this is the fault of the actors; both Durr and Moran have plenty of charm, but the misogynistic characters they play simply never feel like real human beings.

Meanwhile, filmmaker Andres Dussan somehow manages to make a movie that's overflowing in innuendo but is never remotely sexy. Even the rare moving moment is disrupted by a cutaway rather than allowed to play out with any real meaning. There are clever touches here and there (such as the fact that O'Rourke plays all of the women Frank pursues), but even the film's preachy message is undercut by the screenplay, as Frank's desire to reconnect with his family isn't motivated by anything other than self-interest: he doesn't want to be remembered after he dies as a bad husband or dad. And without a plot that resonates, the vulgarity just seems like a distraction from these fake family values.