This award-winning documentary plays like a thriller as it traces the work of a group of young students who have turned into a guerrilla journalistic team to cover what's happening to their hometown of Raqqa, the Syrian city that became the capital of Daesh (aka Isis or Isil). It's a riveting, urgent film shot partly by these young guys in a terrifying situation. 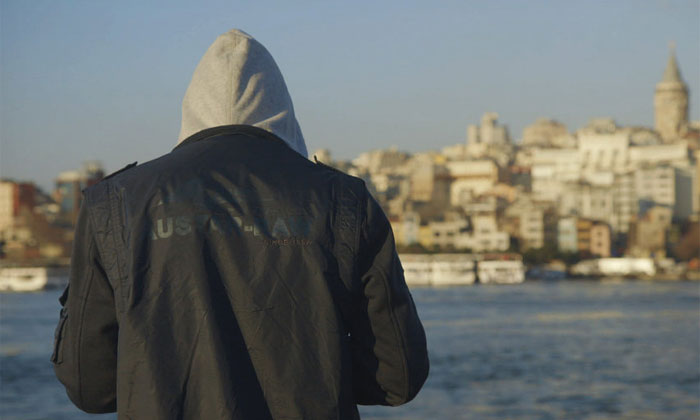 After the pro-democracy uprisings around Syria, President Assad cracked down on protesters in startlingly brutal ways. And when a group of schoolchildren were tortured, the university students leading the marches realised they needed to take action against their own government. Amid the ensuing chaos, Daesh swept into Raqqa and declared their caliphate, cracking down in even more brutal ways on anyone who didn't follow their rules.

Aziz Alhamsa and Hamoud al-Mousa teamed up with other students and teachers to make sure the outside world saw what was going on. They created the journalistic movement Raqqa Is Being Slaughtered Silently (RBSS), shooting clandestine footage and spiriting it out of the country. Under threat, the founders were forced to flee the country as refugees, and Daesh even managed to kill their editor Naji Jerf while he was in exile in Turkey.

The film includes quite a bit of harrowing RBSS footage, which isn't censored with blurry spots like it is on our evening news. Seeing people tortured and murdered in the streets is very difficult, but it's essential to understand the nature of what's happening and the bravery of this intrepid band of reporters. Filmmaker Matthew Heineman (Cartel Land) assembles this in a gripping style that follows these young men through the nightmare of watching their home city being destroyed by both their own president and these violent fanatics, whom they note are not actually Muslim.

As they flee to Turkey and onward to Germany, we see their yearning become more emotional, worrying about the safety of family members and colleagues who remain in Raqqa to carry on the work. The film's most moving segment features Hamoud and his brother Hassan watching Daesh videos showing the arrest, torture and murder of their father. But as slick as the Daesh propaganda clips are, it's the RBSS footage that's impossible to forget. These are young men who had no choice but to stand up against oppression when it arrived on their doorstep. And they are quick to remind the world that this isn't a religious war: it's a battle against extremist thought.